MATOS, Afonso (ed.)
Who can afford to be critical?

“Critical designers” produced by an increasing number of design schools are prompted to address social, political and environmental issues through their practices. Yet, who can afford to continue such effort after graduation? In a dynamic style holding multiple voices, Who Can Afford To Be Critical? discusses the limits that affordability, class and labour impose upon the educational promise of holding a “critical” practice. Why do we tend to ignore the material and socioeconomic constraints that bind us as designers, claiming instead that we can be powerful agents of change? In fact, where does our agency lie? Instead of focusing on the dream of ethical work under capitalism, could we, instead, focus first on designers’ own working conditions, targeting them as one immediate site for collective action? And can we engage politically with the world not necessarily as designers, but as workers, as activists, as citizens? [publishers’ note] 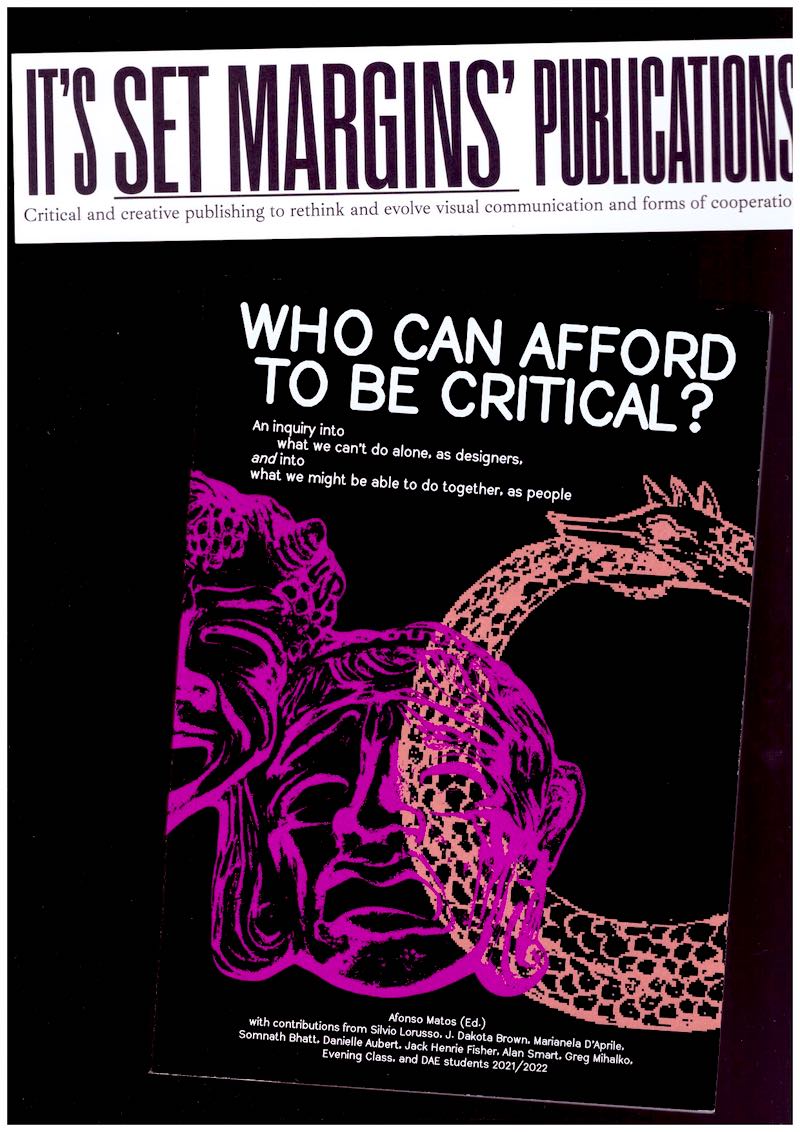