The Following selects from John Wilkinson’s essays of the last three decades, with a preference for what has come to be known as creative criticism, and adds a new essay on reflected boughs in poems by Shelley and a photograph by Sally Mann, and a poem in homage to Sean Bonney. The book’s title is a broken reflection of the essay title “Following the Poem.”

“Through following a poem (not just any poem), a reader can become involved in the evocation and enactment of a radical hybridity, pulling together ways of thinking about the world modernity has categorically but falsely separated; but such reading takes place in time, so continuously a reader unpicks and reintegrates elements of the poem in a felt motion which can restore a healed and full being in the world, involving in its fullness and as a condition of it, the detours, the lapses, and the breaks in his or her journey.” [publisher's note] 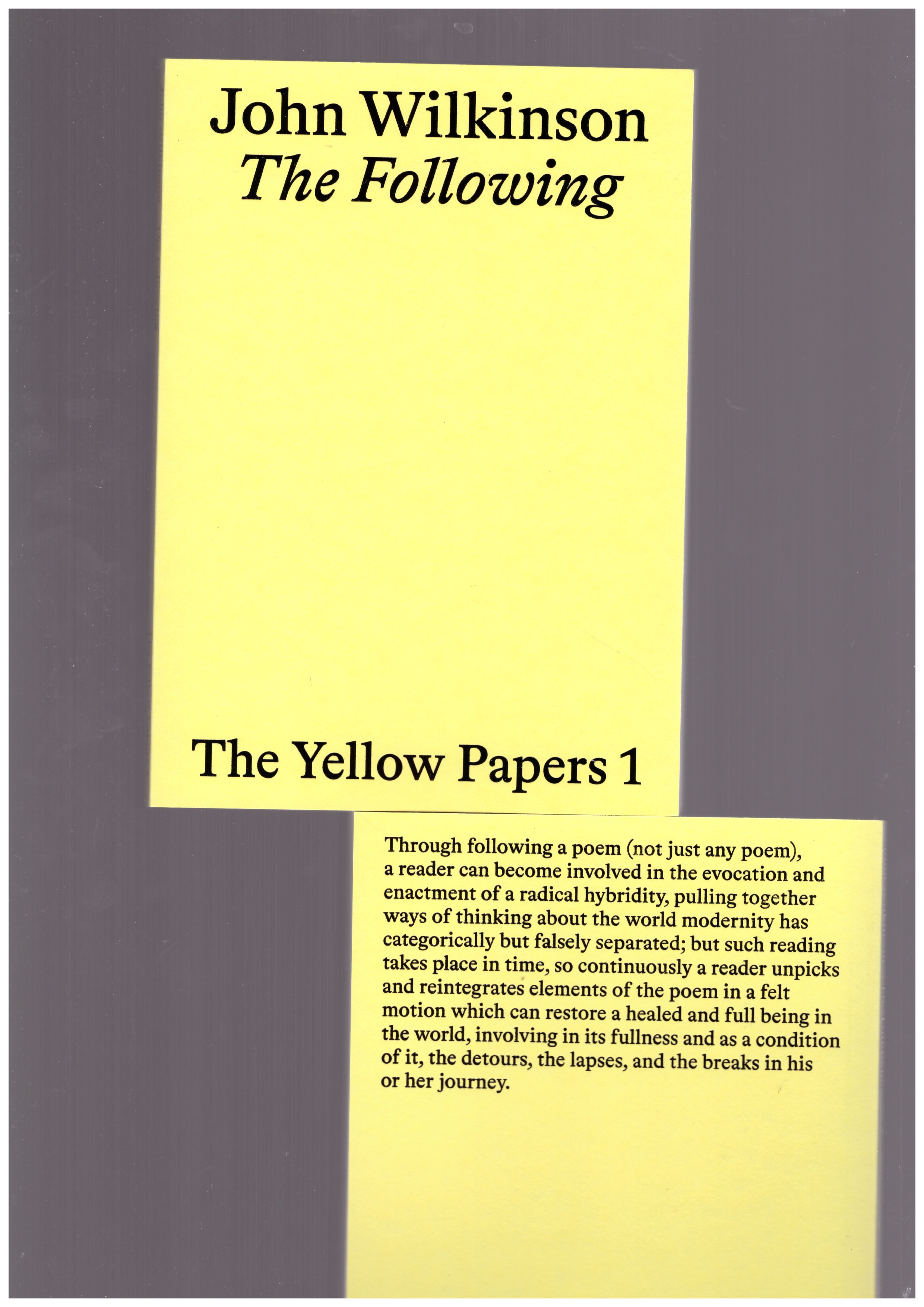