Sometimes a knowing critique of "religious fiction," sometimes a wicked self-parody of Klossowski's own lifelong obsessions, and sometimes a sacerdotal spy novel, The Suspended Vocation is one of the strangest and most audacious debuts in twentieth-century literature.

Translated by Jeremy M. Davies and Anna Fitzgerald, with an introduction by Brian Evenson.

“I discovered Klossowski by chance, really, reading his novel The Suspended Vocation while waiting for a friend in a bookstore. I thought it was very strange, and ended up buying it. It takes the form of a disquisition on a book that never actually arrives . . . about quarrels inside the church, between different factions in the Catholic church . . . The work is a combination of perversity and theology... a form of perversion as philosophy.”
— Raúl Ruiz, filmmaker, interviewed by Adrian Martin

“The Polish-Parisian writer-philosopher-artist-actor Pierre Klossowski lived a long productive life as a hospitable pervert. The two films Raúl Ruiz made from his novels are unique in cinema because Klossowski’s books are unique in 20th century literature—short but labyrinthine, obsessed with institutional hierarchies but uniquely modernist, strange in their attachment to detail.”
— A. S. Hamrah, author of The Earth Dies Streaming: Film Writing, 2002–2018

“Perhaps it’s an anti-novel, a Baroque allegory, a Borgesian meta-fiction, a history of theological disputes, a confessional memoir, an early theory of camp . . . ? Klossowski suspends the suspension of disbelief to reveal good faith and bad faith, virtue and vice to be vectors in an echo chamber of infighting. Stunningly translated by Anna Fitzgerald and Jeremy M. Davies, The Suspended Vocation shows that the starkest devaluations,simulated disputes, and sordid passions are haunted and conditioned by the continuous promise of a miracle.”
— Felix Bernstein, artist and author of Burn Book 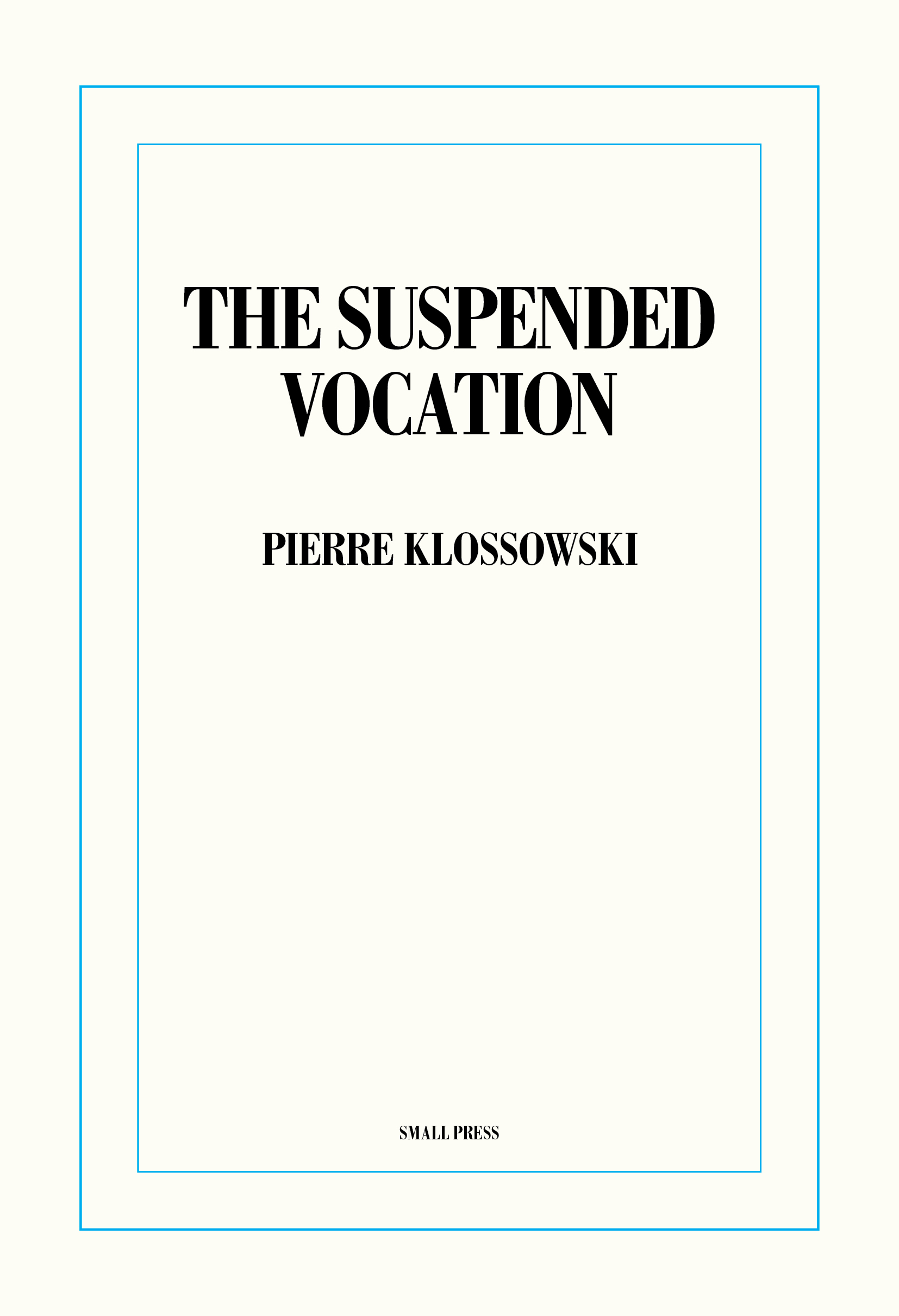