A collaboration between A Fantastic Man and Penguin, The Happy Reader is a magazine about reading, of which each issue is split into two halves: the first half is an in-depth interview with a book fanatic while the second examines a classic work of literature.

Laurie Anderson was interviewed in Denmark for issue #12: she discusses the dizzying breadth of her reading habits, her belief in multiple realities, and the old Kindle she carries from her late husband, Lou Reed.

Mary Shelley’s Frankenstein is at the heart of the second part of that issue, with a sequence of monsters, from chatbots to man bags, as fed through var­ious prisms of association. Contributors include Geoff Dyer, Jeffrey Lewis, Jean Hannah Edelstein and Justin E. H. Smith. 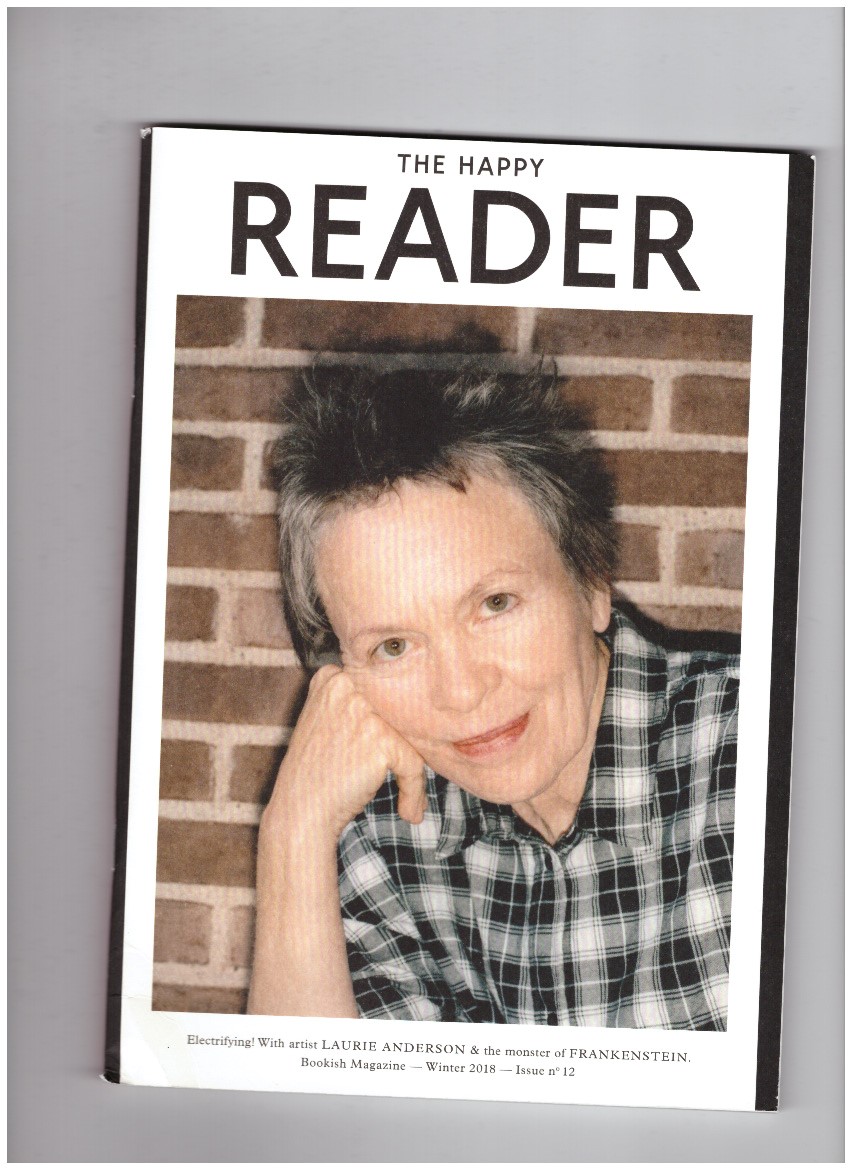