In 1973, Vince Aletti became the first person to write about the emerging disco scene. His engagement with disco nightlife continued throughout the decade as he wrote his weekly column for Record World magazine, which incorporated top ten playlists from DJs across the US (such as Larry Levan, Larry Sanders, Walter Gibbons, Tee Scott and Nicky Siano) alongside Aletti's own writings and interviews.

As disco grew from an underground secret to a billion-dollar industry, Aletti was there to document it, and The Disco Files is his personal memoir of those days, containing everything he wrote on the subject (most of it between 1974 and1978) augmented with photography by Peter Hujar and Toby Old. This book is the definitive and essential chronicle of disco, true from-the-trenches reporting that details, week by week, the evolution of the clubs, the DJs, and above all, the music, through magazine articles, beautiful photographs, hundreds of club charts and thousands of record reviews.

Photocopies of Aletti’s Record World columns circulated for years among DJs and music lovers, until they were finally collected in 2009 into the first edition of The Disco Files, an instant classic that quickly sold out. This new edition of The Disco Files brings Aletti's compulsively readable disco writing back into print, adding an interview with Fran Lebowitz originally published in the Village Voice in 1990. [publisher’s note] 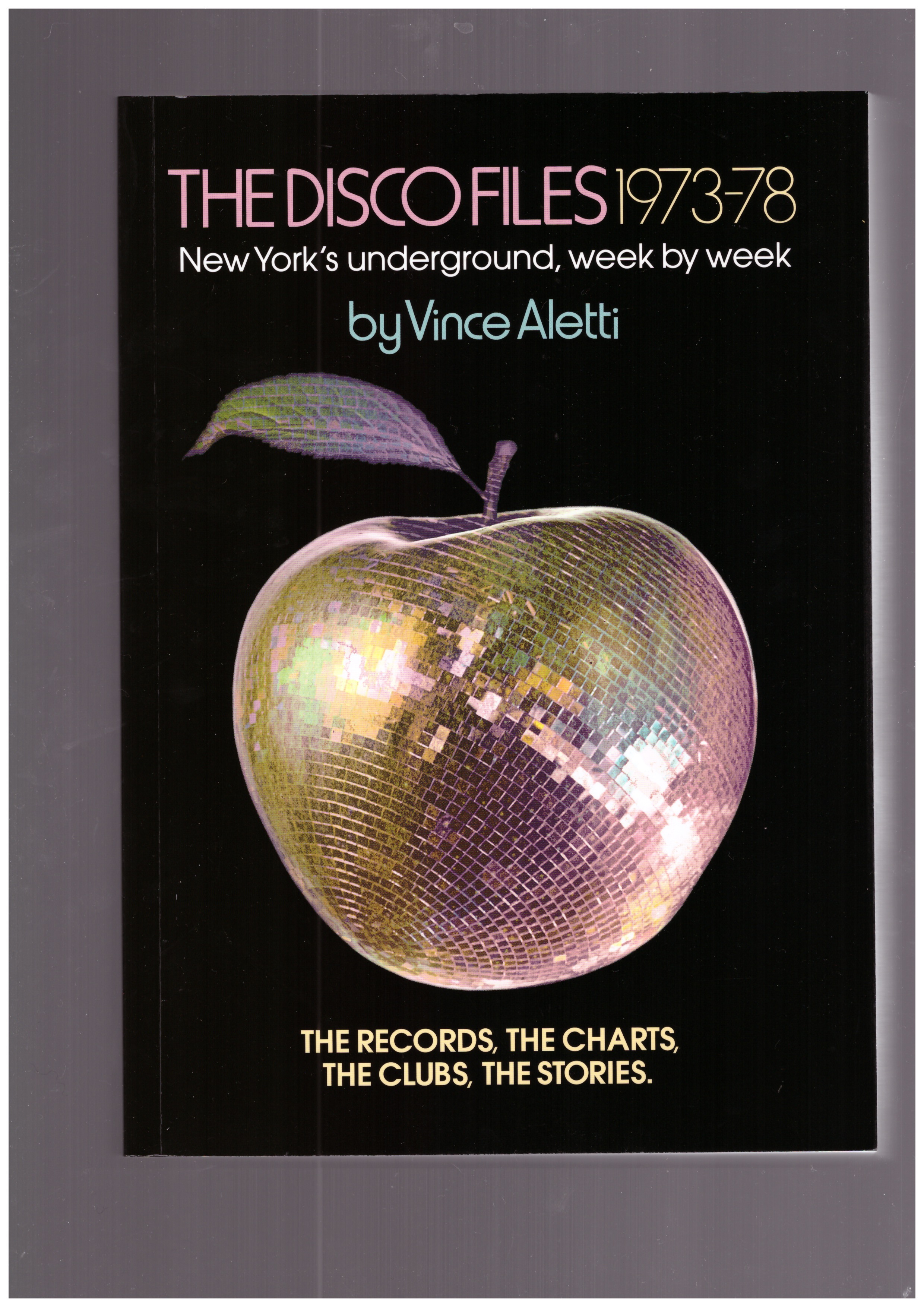