A study on foot fetishism trough set photographs of Western films. From Hollywood Golden Age to French Nouvelle Vague, the motif of the foot reveals the hidden fantasies and gender norms conveyed by European and American filmmakers. Structured as a film itself, the book is the first printed version of the Promise of the Screen [“La Promesse de l’Écran”] a screening device developed by Pierre Leguillon since 2007 to look at the marginal aspects of cinema. All lobby cards and press photographs reproduced in this publication belong to the collections of the Museum of Mistakes, Brussels. The book comes with an intermission and a bonus by Louise Lawler! [publisher’s note] 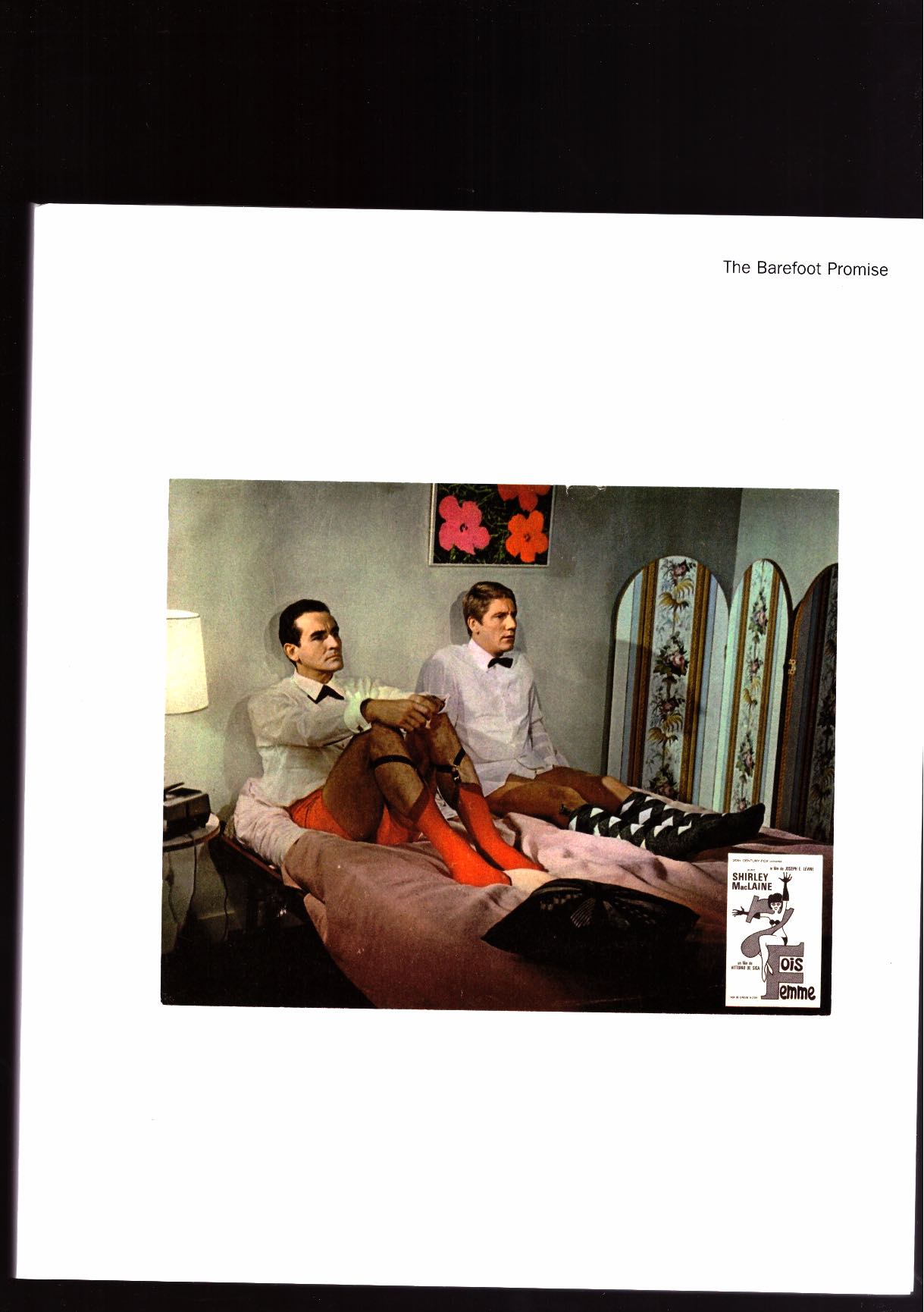