On this book Sara Ahmed wants to demonstra how queer studies can put phenomenology to productive use. Focusing on the “orientation” aspect of “sexual orientation” and the “orient” in “orientalism,” Ahmed examines what it means for bodies to be situated in space and time. Bodies take shape as they move through the world directing themselves toward or away from objects and others. Being “orientated” means feeling at home, knowing where one stands, or having certain objects within reach. Orientations affect what is proximate to the body or what can be reached. A queer phenomenology, Ahmed contends, reveals how social relations are arranged spatially, how queerness disrupts and reorders these relations by not following the accepted paths, and how a politics of disorientation puts other objects within reach, those that might, at first glance, seem awry. [publisher's note] 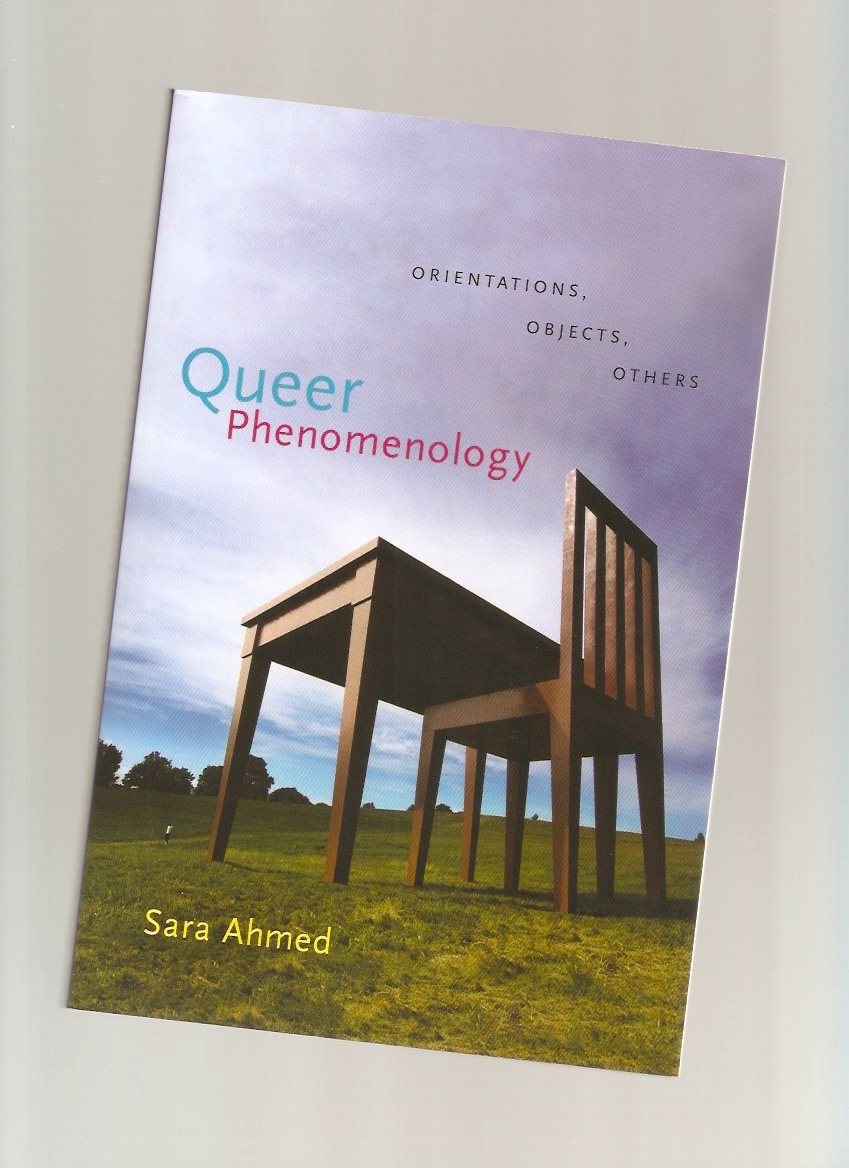