Dennis Cooper’s previous four novels–Closer, Frisk, Try, and Guide–have established him as a completely unique, fearlessly radical voice in contemporary American fiction. Charting a path of exploration across the rich themes of sex and death, youth culture, and the search for the ineffable, perfect object of desire, Cooper’s novels are mesmerizing works of extreme minimalism that have earned him an outstanding critical reputation and a devoted following.

Now comes Period–the end of the sentence, and the final statement of Cooper’s five-book cycle. In it, Cooper has taken his familiar themes–strangely irresistible and interchangeable young men, passion that crosses into murder, the lure of drugs, the culpability of authorship, and the inexact, haunting communications of feeling–and melded them into a novel of flawless form and immense power. Set in a spare, smoke-and-mirror-filled world of secret Web sites, Goth bands, Satanism, pornography, and Outsider art, Period is at once a monument to the memory of George Miles–the object of obsession in Closer–and a literary disappearing act as mysterious as it is logical. Frankly obsessive, beautiful, darkly comic, Period is a stunning achievement.  [publisher's note] 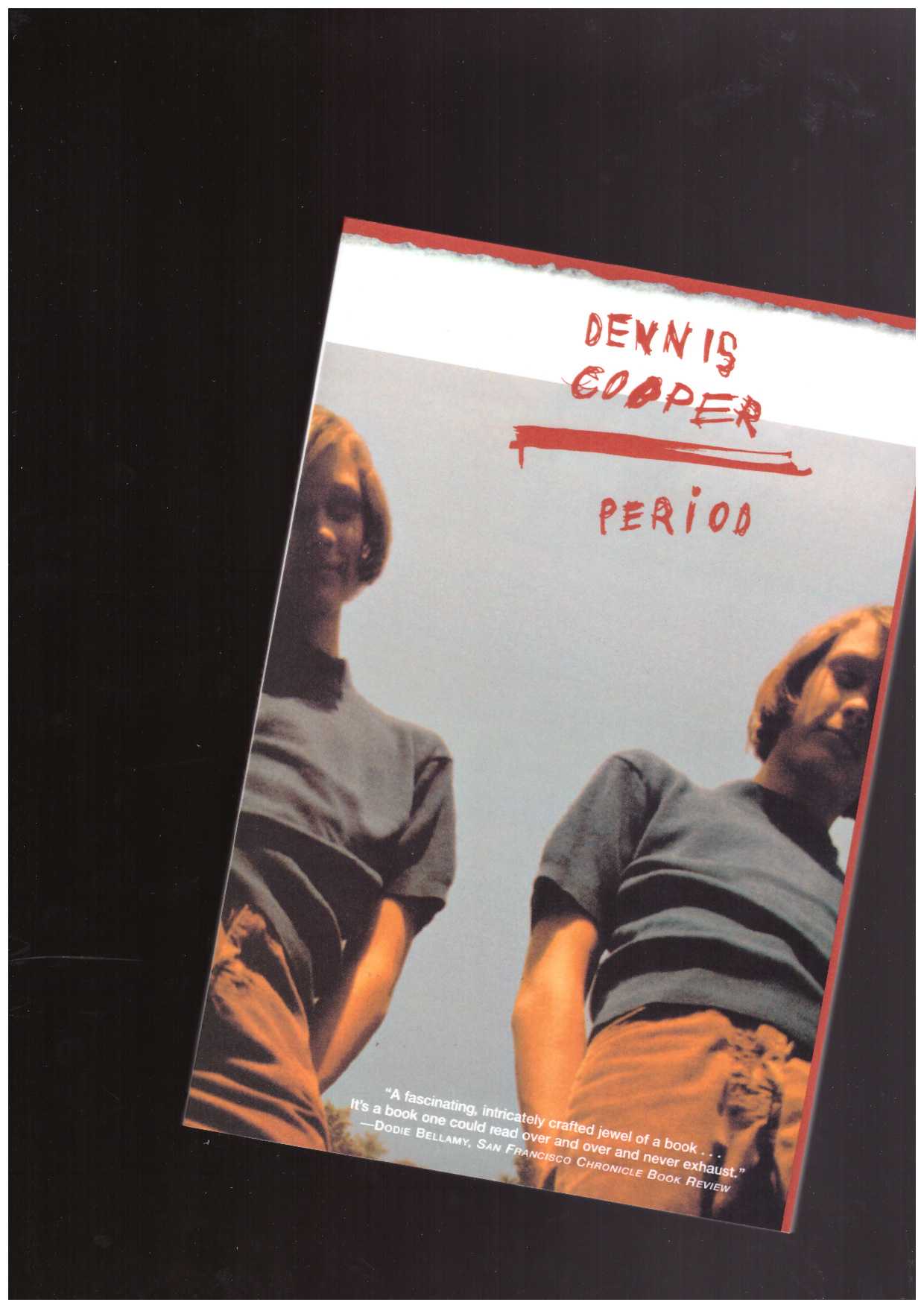