An energizing pocket book gathering texts that deal, from different perspectives, on the exchanges that can occur between spectators and moving images, when moving images are made and conceived with a specific take on the relation to the viewers, prompting them to respond or participate, instead of “attempt[ing] to cancel or disregard [their] presence.”

In their essays, Malvina Borgherini, Enrico Camporesi, and Vera Dika, analyze spectatorship through the works by artists, film- and video-makers such as Éric Baudelaire, Tony Conrad, Morgan Fisher, Kahlil Joseph, and Vittorio De Seta. The book also includes an interview by Sibylle de Laurens and Pascaline Morincôme with eight of the members of Videofreex, one of the pioneering US collectives of alternative TV. 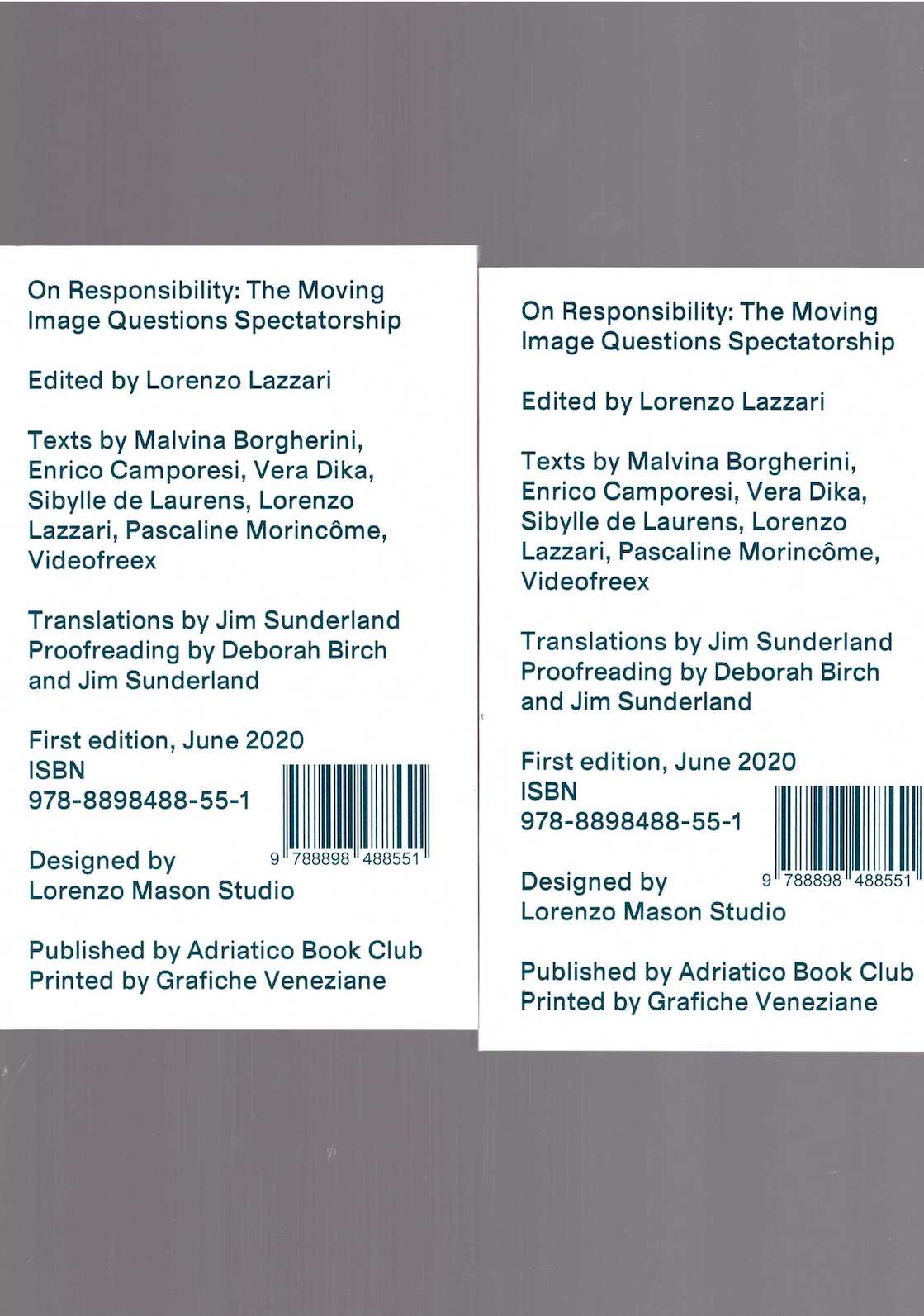