This queer directory featured listings and advertisements for businesses friendly towards or catering to lesbians and gay men at a time when such visibility was a rare and possibly dangerous thing... 1983 was a watershed year for LGBTQ people. The first HIV/AIDS cases were reported barely two years before, marking the beginning of a health crisis that would go on to kill more than half a million (primarily LGBTQ) people within the next ten years.  In addition to serving as a portrait of a community and its culture at a crucial stafe of development, Gay Areas Telephone Directory stands as a time capsule of lost generation(s) felled by AIDS. [publisher’s note.] 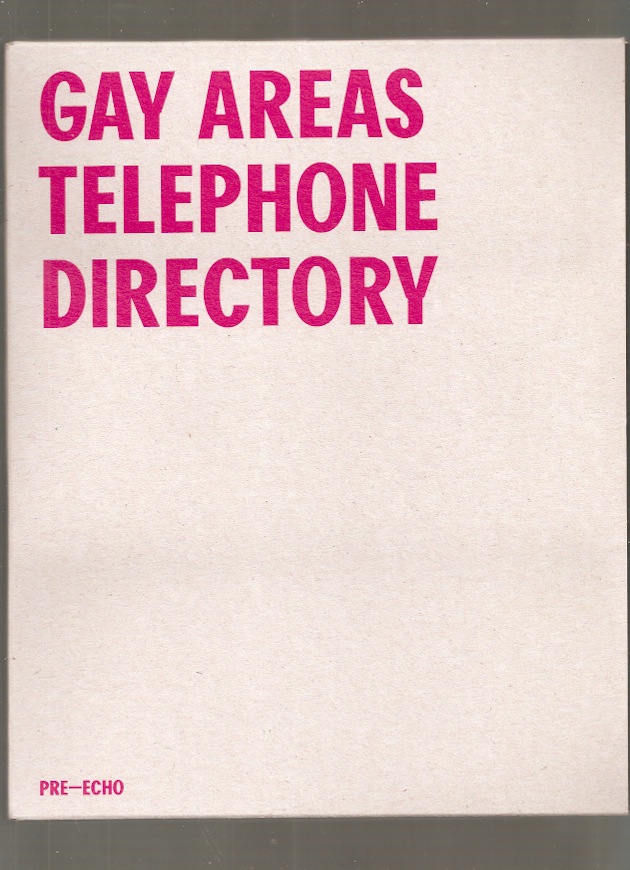