The publication includes a copy of Les Cahiers du cinéma Nr. 300 with added footnotes as the artist’s voice-over, inserted pictures, a copy of the script of Godard’s unmade film The Story, and a postface added after watching King Lear months later. An account of events tying the trajectory of Jean-Luc Godard between Hollywood and Maputo at the end of the seventies, the artist’s mother being stuck in Switzerland, her current research, repelling magnets, and why failures are not what they seem. Presented at the show “*****WT in LA” in February 2017 at HMCT, Art Center, Los Angeles.
—Melina Wilson 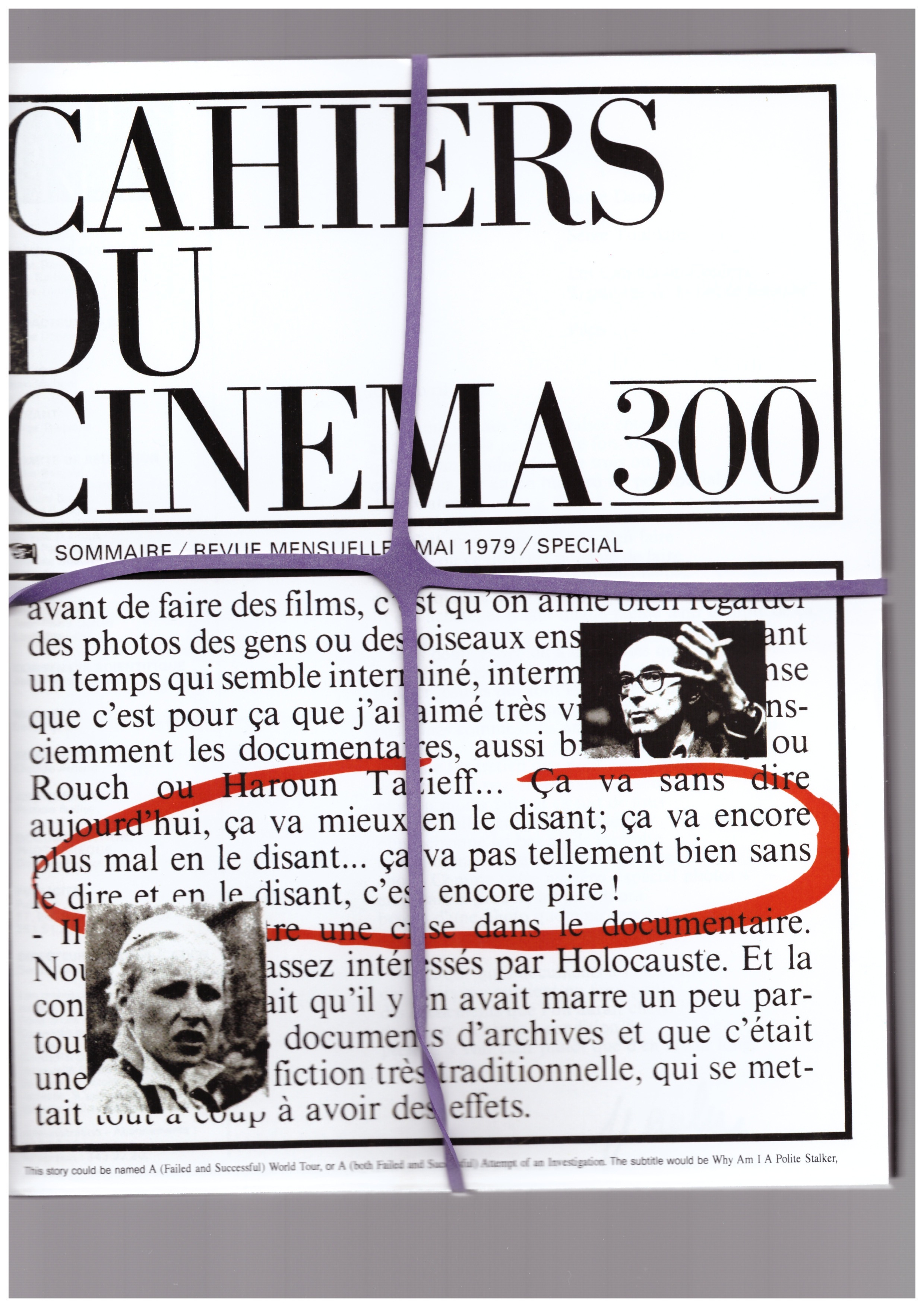