Brion Gysin (1916–86) has been an incredibly influential artist and iconoclast: his development of the “cut-up” technique with William S. Burroughs has inspired generations of writers, artists and musicians. Gysin was also a skilled networker and revered expat: together with his friend Paul Bowles, he more or less constructed the post-beatnik romanticism for life and magic in Morocco, and was also a protagonist in an international gay culture with inspirational reaches in both America and Europe. Not surprisingly, Gysin has become something of a cult figure.

Genesis Breyer P-Orridge collaborated with both Gysin and Burroughs in the 1970s, during his work with Throbbing Gristle and COUM Transmissions. The interviews made by P-Orridge have since become part of a New Wave/Industrial mythos. This volume presents them in their entirety alongside three texts on Gysin by P-Orridge, plus an introduction. This book is an exclusive insight into the mind of a man P-Orridge describes as “a kind of Leonardo da Vinci of the last century,” and a fantastic complement to existing biographies and monographs. [publisher's note] 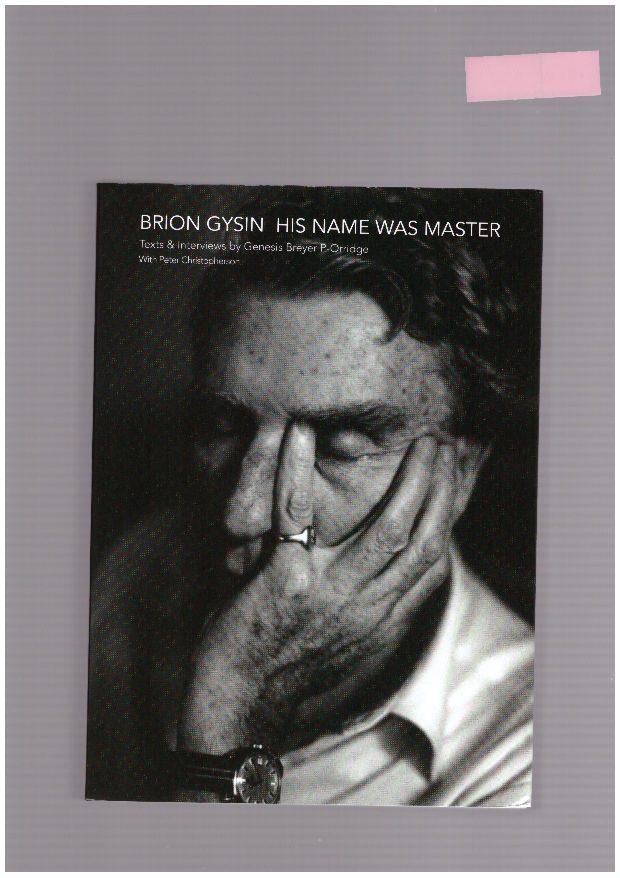