"Anecdote" and "theory" have diametrically opposed connotations: humorous versus serious, specific versus general, trivial versus overarching, short versus grand. Anecdotal Theory cuts through these oppositions to produce theory with a sense of humor, theorizing which honors the uncanny detail of lived experience. Challenging academic business as usual, renowned literary scholar Jane Gallop argues that all theory is bound up with stories and urges theorists to pay attention to the "trivial," quotidian narratives that theory all too often represses.

Published during the 1990s, these essays are united through a common methodological engagement—writing that recounts a personal anecdote and then attempts to read that anecdote for the theoretical insights it affords. Gallop addresses many of the major questions of feminist theory, regularly revisiting not only ‘70s feminism, but also poststructuralism and the academy, for, as Gallop explains, the practice of anecdotal theory derives from psychoanalysis, deconstruction, and feminism. Whether addressing issues of pedagogy, the sexual position one occupies when on the academic job-market, bad-girl feminists, or the notion of sisterhood, these essays exemplify theory grappling with its own erotics, theory connected to the real. They are bold, illuminating, and—dare we say—fun. [publisher's note] 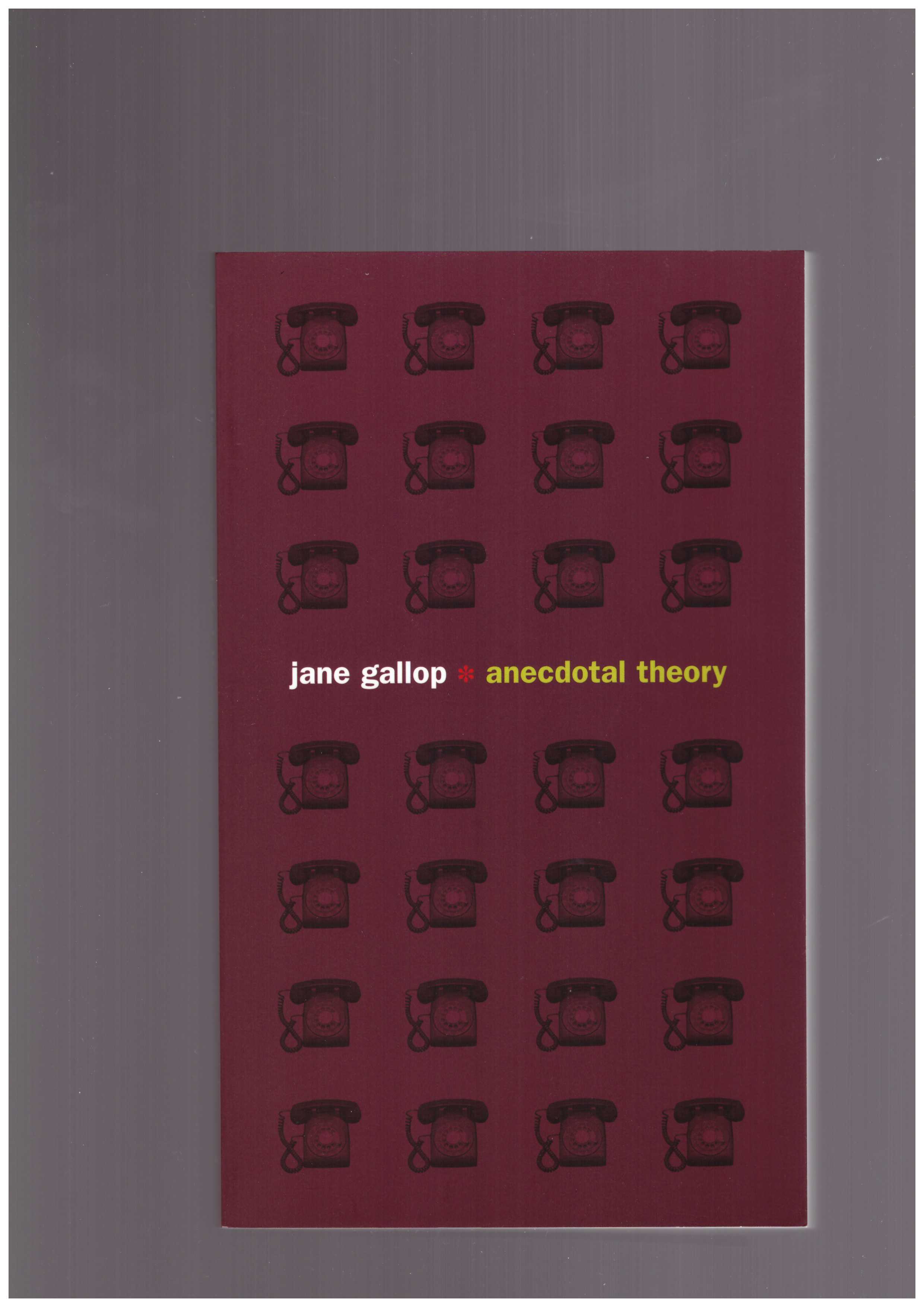