HARVEY, David
Abstract from the Concrete

Marxist geographer David Harvey opened his lecture with a fact: between 2011 and 2013 China consumed 50 percent more cement than the United States had in the entire twentieth century. In Abstract from the Concrete, he asks why. Spiraling outward—geographically and materially—Harvey travels from the building industry in China to the foreclosed housing market in the United States to the automobile industry in São Paolo and back again. The why emerges as a direct result of “anti-value,” of capital in crisis—intrinsic, he contends, to capital and capital cities today. [publisher’s note.]

With a conversation between Havey, Mariano Gomez Luque and Daniel Ibañez.

This book is part of The Incidents series, based on lectures and public events at Harvard University Graduate School of Design. 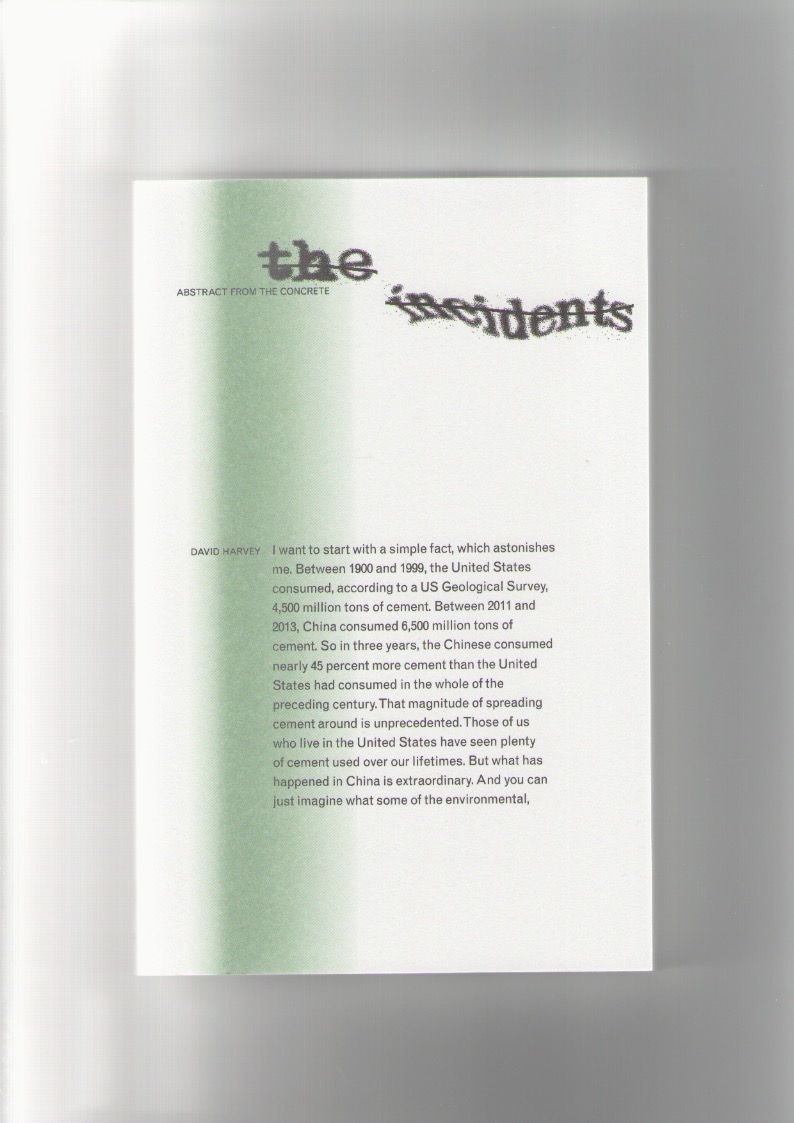