Between 1971 and 1973 American conceptual artist and author Brian O’Doherty published several essays and exhibition reviews under the name Mary Josephson, his sole female pseudonym. These appeared in various magazines, among them Art in America, which he was editor of at the time. In 1988 he wrote the short story “The History of X” for Artforum. O’Doherty only revealed the identity of his four alter egos some forty years later in his lecture “Divesting the Self: A Striptease”, which appeared in The Recorder magazine in 2012. Writing about Mary Josephson, he said, “I wanted to think and write from a female persona, to free myself from limiting male selfhood, to substitute another voice for that inner voice that never stops speaking, that won’t leave us alone.” Mary Josephson was the only fictitious female art critic in the early 1970s. The publication brings together her texts for the first time. [publisher's note]

Includes texts by the editors Thomas Fischer and Astrid Mania, and the O’Doherty essay “Divesting the Self: A Striptease”. 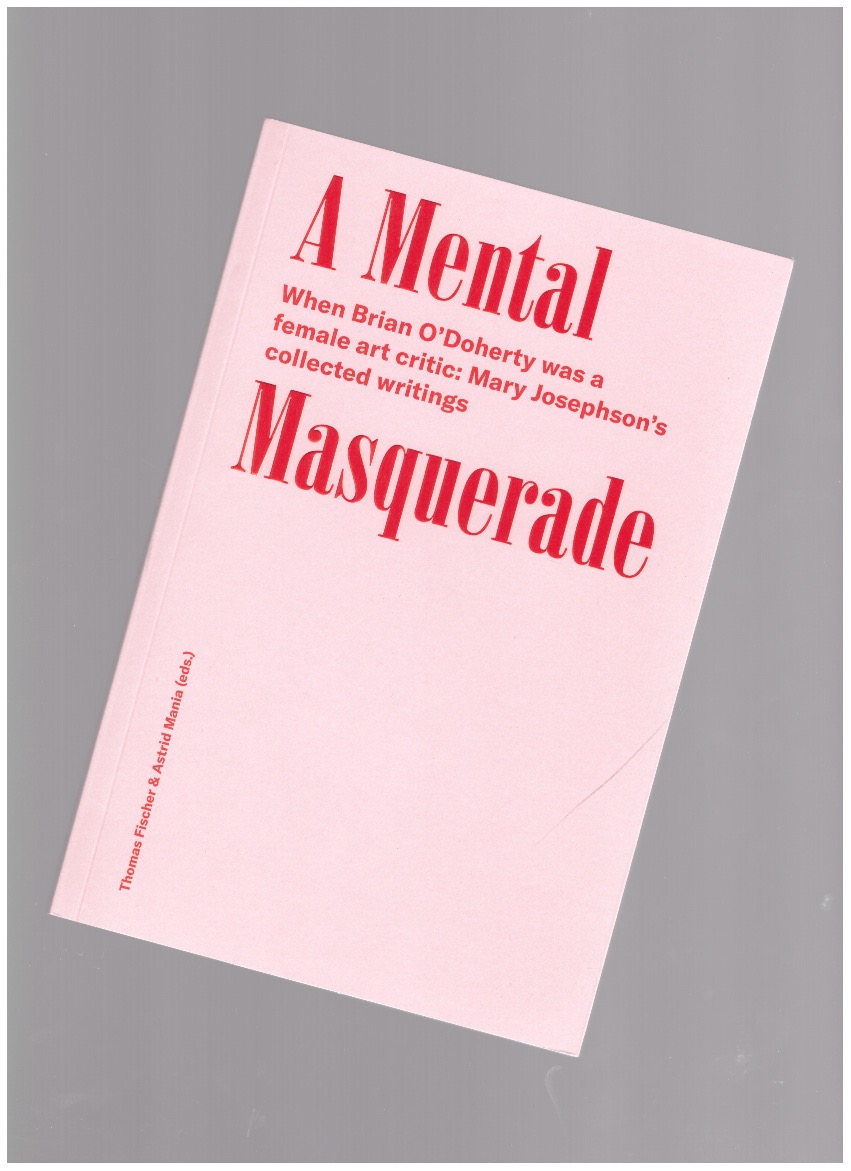