ABI-KARAM, Andrea ; GABRIEL, Kay (eds.)
We Want it All: An Anthology of Radical Trans Poetics

“As a collection of writing by trans people against capital and empire, this book attempts to piece together these multiple points of overlap between the subjective, interpersonal, and everyday modes of trans life, and the internationalist horizons of the fights we are already engaged in.
. . . [P]oetry bears on the project of imagining and making actual a totally inverted world. We don’t hold that poetry is a form of, or replaces, political action. Poetry isn’t revolutionary practice; poetry provides a way to inhabit revolutionary practice, to ground ourselves in our relations to ourselves and each other, to think about an unevenly miserable world and to spit in its face. We believe that poetry can do things that theory can’t, that poetry leaps into what theory tends towards. We think that poetry conjoins and extends the interventions that trans people make into our lives and bodily presence in the world, which always have an aesthetic dimension. We assert that poetry should be an activity by and for everybody.”
—from the introduction [read it here!]

Editors Andrea Abi-Karam and Kay Gabriel offer this anthology as an experiment into how far literature, written from an identitarian standpoint, can go as a fellow traveler with social movements and revolutionary demands. Writing in dialogue with emancipatory political movements, the intergenerational writers assembled here imagine an altogether overturned world in poems that pursue the particular and multiple trans relationships to desire, embodiment, housing, sex, ecology, history, pop culture, and the working day. [editors’ note] 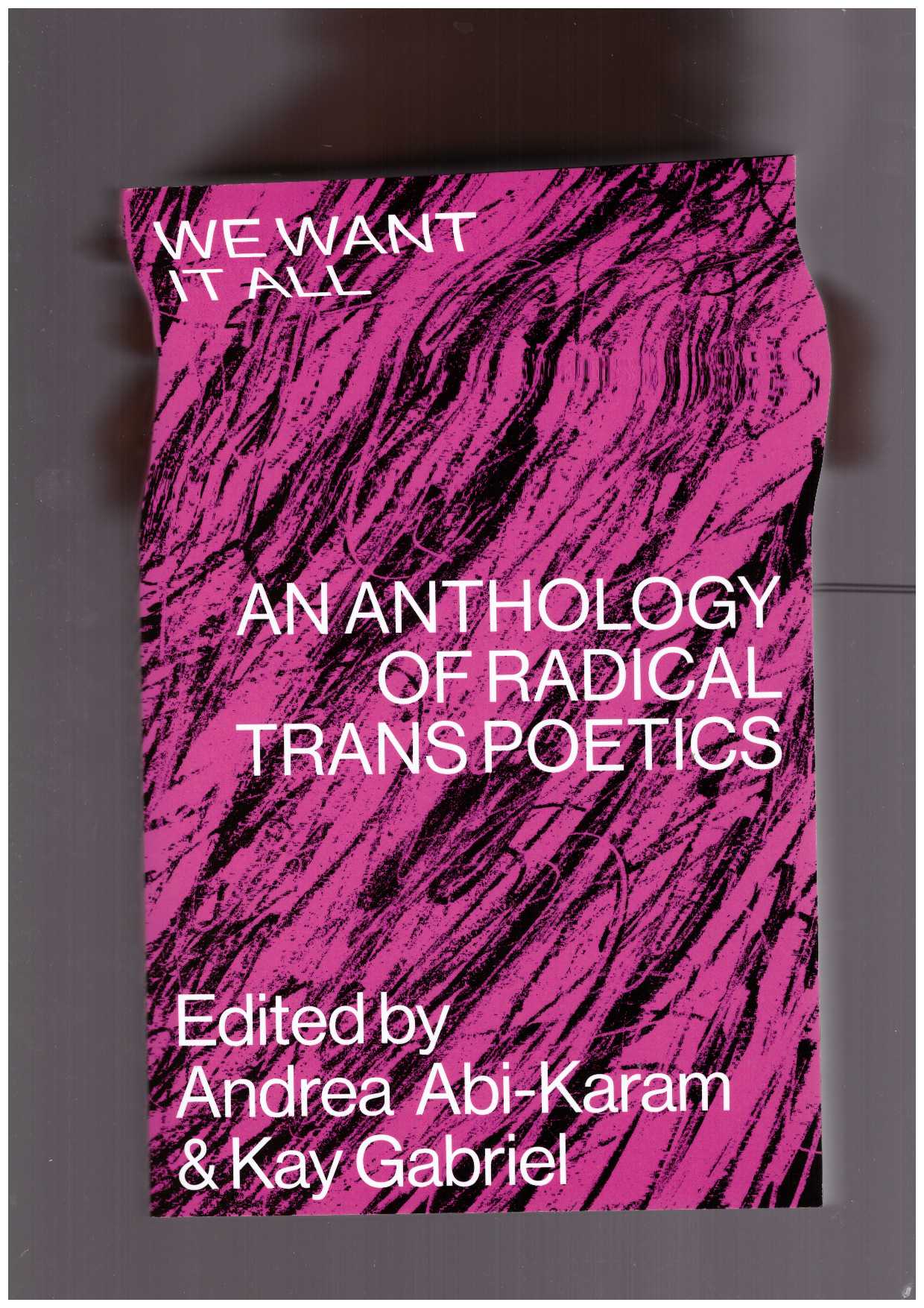