To Run Wild In It is a book about tarot, an experimental novella, a "channelled" text and an extension of ideas first broached in David Keenan’s acclaimed debut novel, This Is Memorial Device. Taking the maxim that the best way to understand the tarot is to create your own, Keenan has reimagined the deck as the unfolding of parallel stories alive with uncanny oracular detail. In collaboration with the artist Sophy Hollington, the pair have also created an accompanying deck that, while still having an umbilical to the card’s archaic roots, future-visions it as a glam-punk portal deep into the Now. [publisher's note] 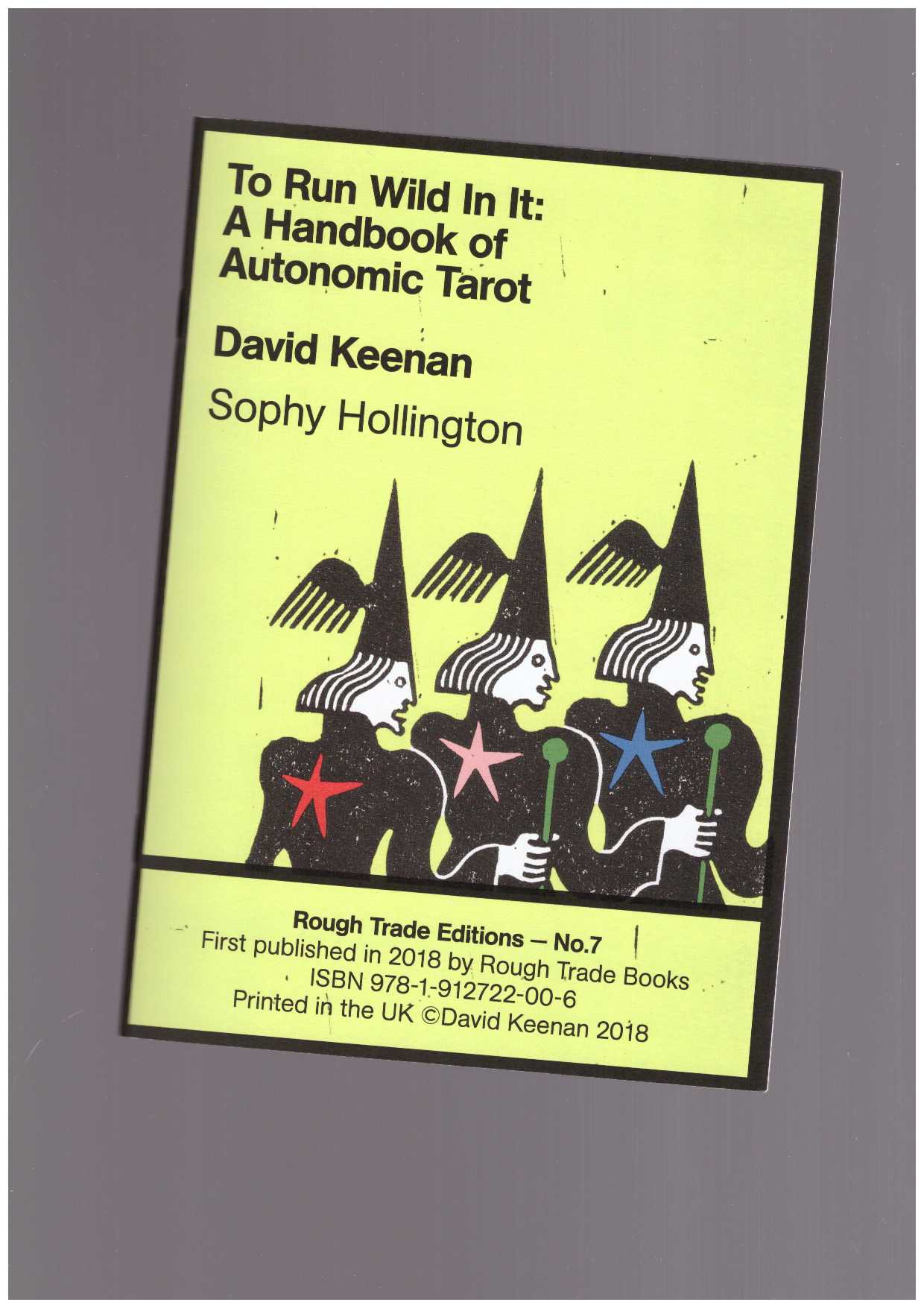