PERLOW, Seth
The Poem Electric. Technology and the American Lyric

What happens to the lyric imagination in our new "computational environment"? Seth Perlow confronts a central paradox of postmodernity: a poem, on the one hand understood as "a small (or large) machine made of words" (William Carlos Williams), is, on the other, devoted to resisting the inherent rationalism of that machine. Indeed, the "afterlife of the lyric," as Perlow argues in a series of fascinating case studies ranging from Emily Dickinson to Jackson Mac Low and Amiri Baraka, is one of lyric exemption—the resistance to absorption into normative discourse channels. Frank O’Hara’s poems, for example, may well claim to be ‘like’ telephone calls, but their actual articulation is one of depersonalization and replacement rather than imitation. Casting a wide net, The Poem Electric is a highly original investigation of how "electronics enable poets and their readers to animate and rework, rather than reject and surpass, familiar lyric norms."
— Marjorie Perloff 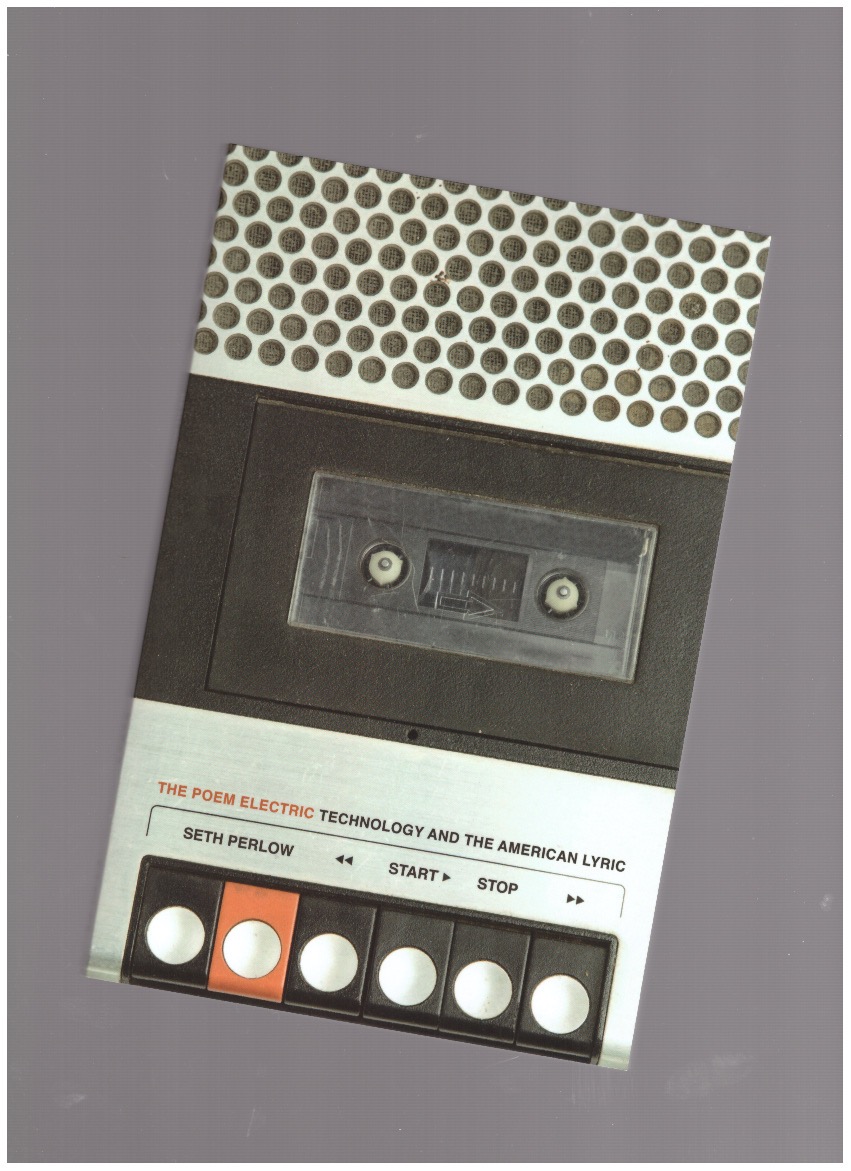