There are few modern love stories as passionate and poignant as the relationship between rocket scientist Jack Parsons and his artist lover, Marjorie Cameron. At once a muse, occult student and primal force of nature – a woman he proclaimed as his ‘elemental’ in a letter to Aleister Crowley – Cameron fascinated, troubled and inspired Parsons. Songs for the Witch Woman is a project born from this turbulent love story. A series of poems written by Parsons reveal his feelings toward his often absent lover. And beside these words are images from the hand of Cameron, illustrating and echoing the intimate themes. After Parsons’ tragic death in June 1952 we find the notebook in which this work was recorded continues, as a bereaved Cameron keeps a diary of her magical working in Lamb Canyon, California. In the dark desert her words become a raw lament as she attempts to gain contact with her Holy Guardian Angel. And throughout the working, the memory of Jack is never far from her mind. Now published more than sixty years after it was written, Songs for the Witch Woman stands as a testament to lasting power of love and loss. [publisher's note] 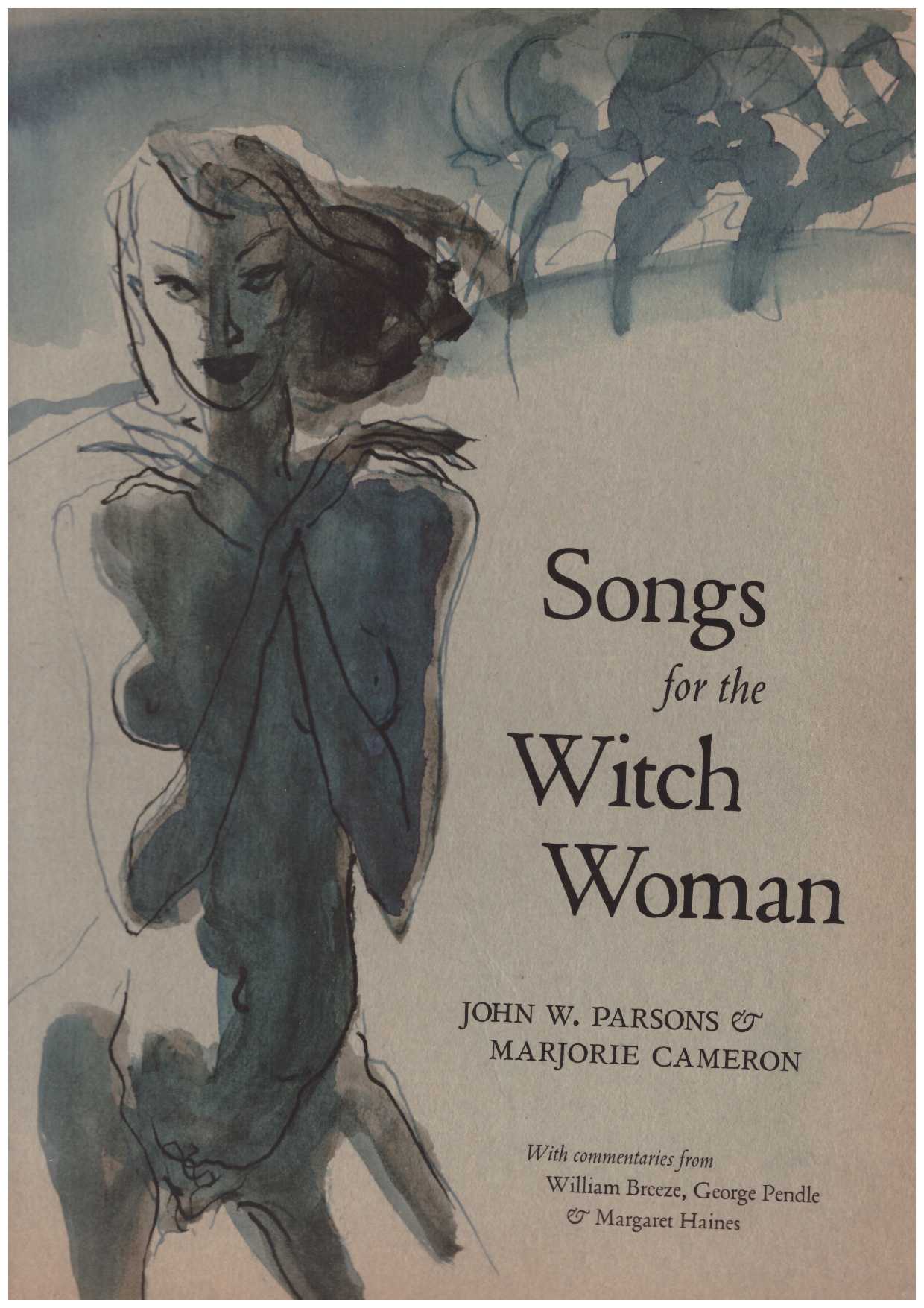