An excellent collection of texts by the French-American photographer and filmmaker Babette Mangolte, whose work is inseparable from the invention of new forms of performance and choreography in New York in the 1970s. Experimenting with the camera as a specific tool to capture gestures, people and places, and to experiment with time, perception, and the construction of the relations between who’s being filmed, who’s filming, and who’s watching, Mangolte invented her own approach to the document and the gaze, often with a feminist perspective. The essays in this book reflect on her own work—with documents such as scripts and photographs—, as well as her complex and extended collaborations with artists such as Trisha Brown, Stuart Sherman, Yvonne Rainer or Chantal Akerman.

Edited by Luca Lo Pinto, this anthology was published following the exhibition “Babette Mangolte: I = Eye” at Kunsthalle Wien, from December 18, 2016, to February 12, 2017. 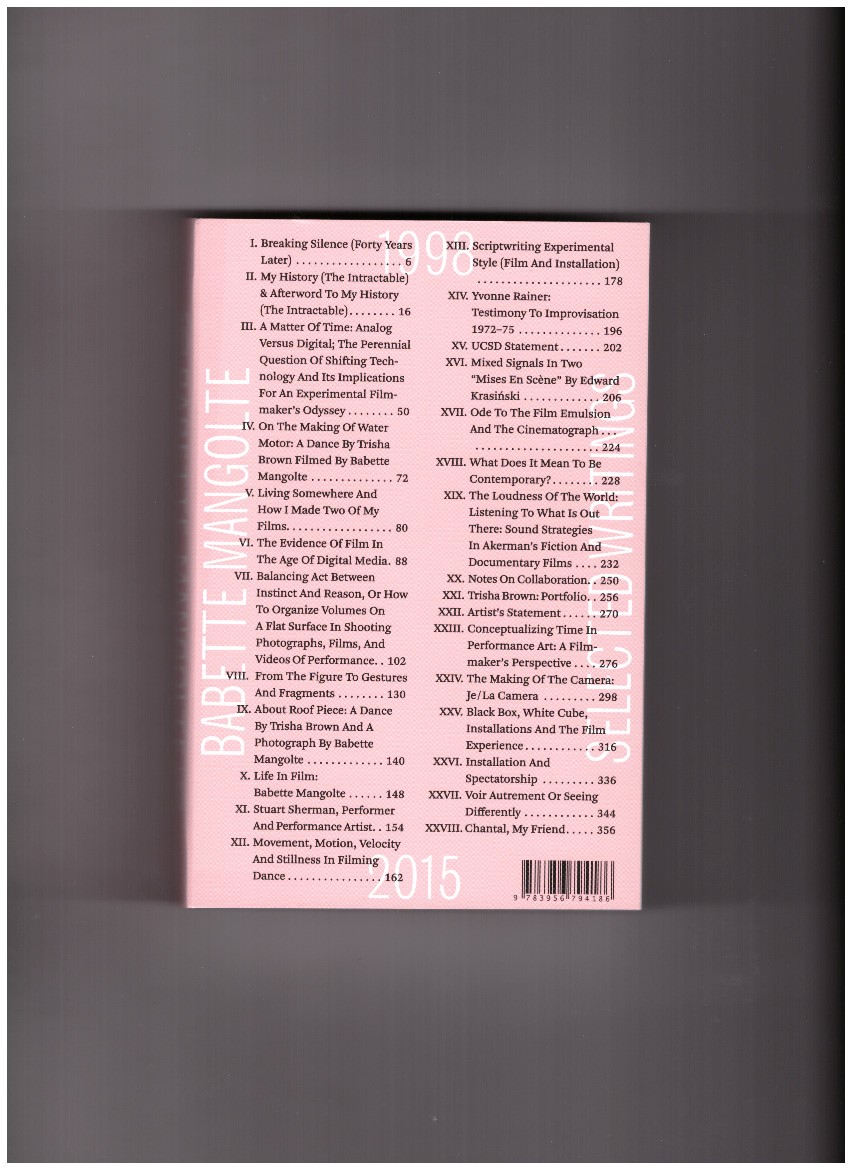