The book presents Zdanevich’s talk Le degré 41 sinapisé on the “pearl disease” in language, reporting on the potential of zaum to destroy not only social and national barriers, but also the ones dividing humans and animals. This first English translation of the talk from 1922 is introduced together with a short note by Marzio Marzaduri, an Italian scholar who first published the sinapisé lecture from the manuscript in its original Russian. The volume also includes an experimental essay by Elvin Brandhi, a Welsh musician who sent her text to us from Istanbul, while on a long layover on the way to Beirut on February 22nd 2022, exactly one hundred years on from the date Zdanevich initially gave the lecture. 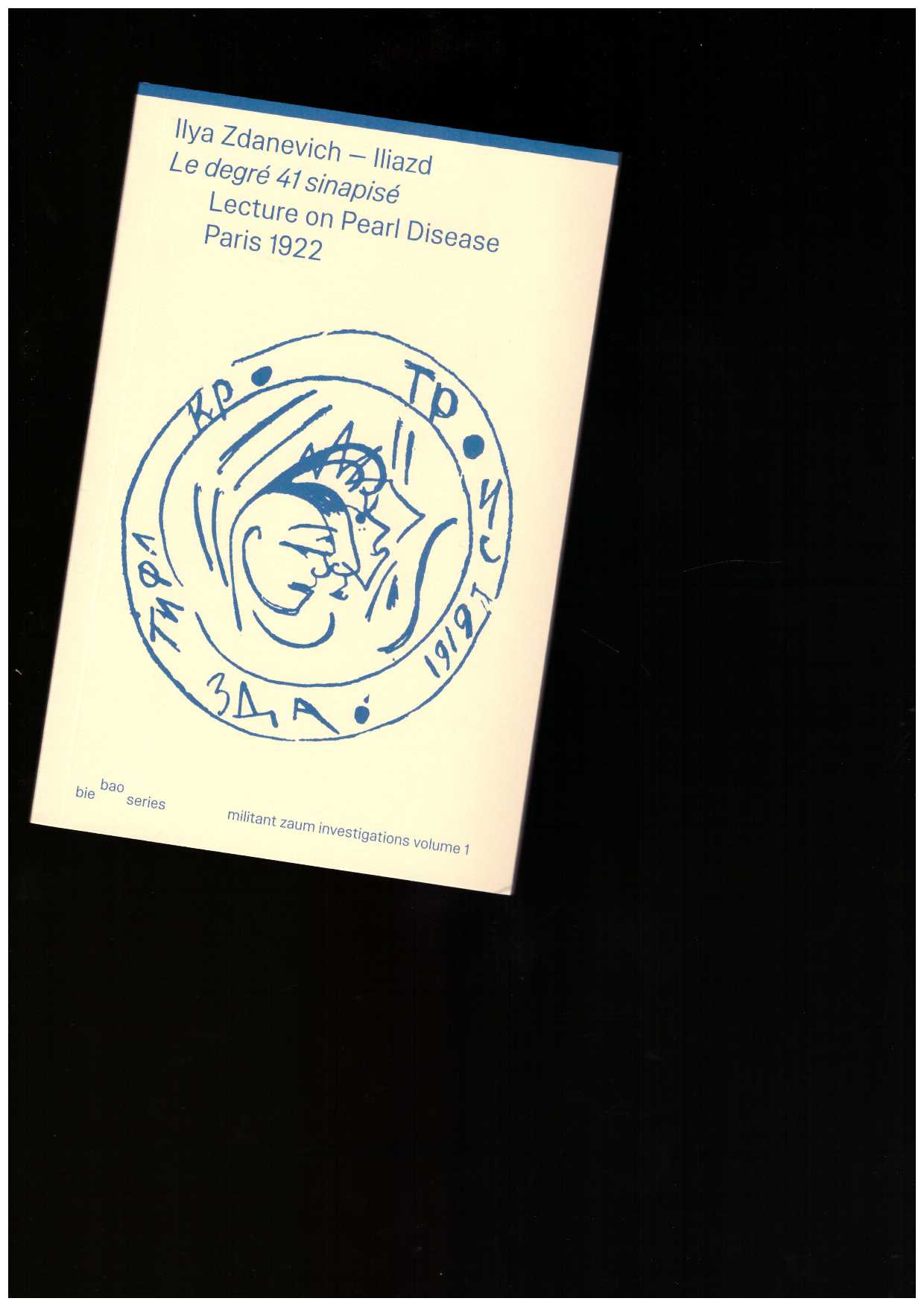