This second issue of the cultural magazine * as a Journal deals with the subject of space.

In “Cosmos as a Journal," Julijonas Urbonas tells readers about the Lithuanian Space Agency and his project Planet of People presented at the Venice Architecture Biennale, and also talks with the composer and sound artist Gailė Griciūtė about the creation of the opera-installation of unearthly sounds Honey, Moon! Daniel Gilfillan, a professor at the Arizona State University and a researcher of the world of the future, ponders the sounds of space and invites the readers to listen to a singing comet. Philosopher, author of articles aiming to popularise science Daniel Oberhaus shares his ideas on extraterrestrial communication: if another civilization attempts to get in touch with us, will we understand?

Science journalist Goda Raibytė and photographer Visvaldas Morkevičius present an interview with astrobotanist Danguolė Švegždienė, who, together with her team, was the first in the world to grow a plant, the thale cress, from seed to seed. Meanwhile, Radvilė Racėnaitė, an ethnologist and researcher of Lithuanian folklore, Baltic religion and mythology, looks up into space from the perspective of Lithuanian mythology.

Various facets of space culture are complemented in the issue by reproductions of works by Audrius Bučas and Valdas Ozarinskas, M. K. Čiurlionis, Aleksandras Griškevičius, Pakui Hardware, K. Simonavičius and other artists, as well as 8 cosmic works of art.

The issue includes as essay Otherworldly Journeys by Nahum, a Mexican artist in Berlin and founder of the KOSMICA Institute, awarded the Young Space Leader and Karman Fellowship for cultural contributions to astronautics and space exploration in 2014. Architect, urban planner Fred Scharmen shares his piece of astronomical-biographical fiction, Whale Space, or, The Killers in Eden, specially written for * as a Journal. According to the author, most of the strange events he describes really did occur.

Jane Levi, a food historian and researcher of utopias at the Royal College of Art in London, looks at the evolution and culture of eating in space. Meanwhile, anthropologist Claire Isabel Webb, who researches the history of the search for extraterrestrial life at the University of Southern California, talks about how the smells associated with the cosmos affect how we imagine outer space. Her article is supplemented by an unexpected gift for readers – a sample of the scent of space created by an artist and contemporary art curator Milda Dainovskytė. 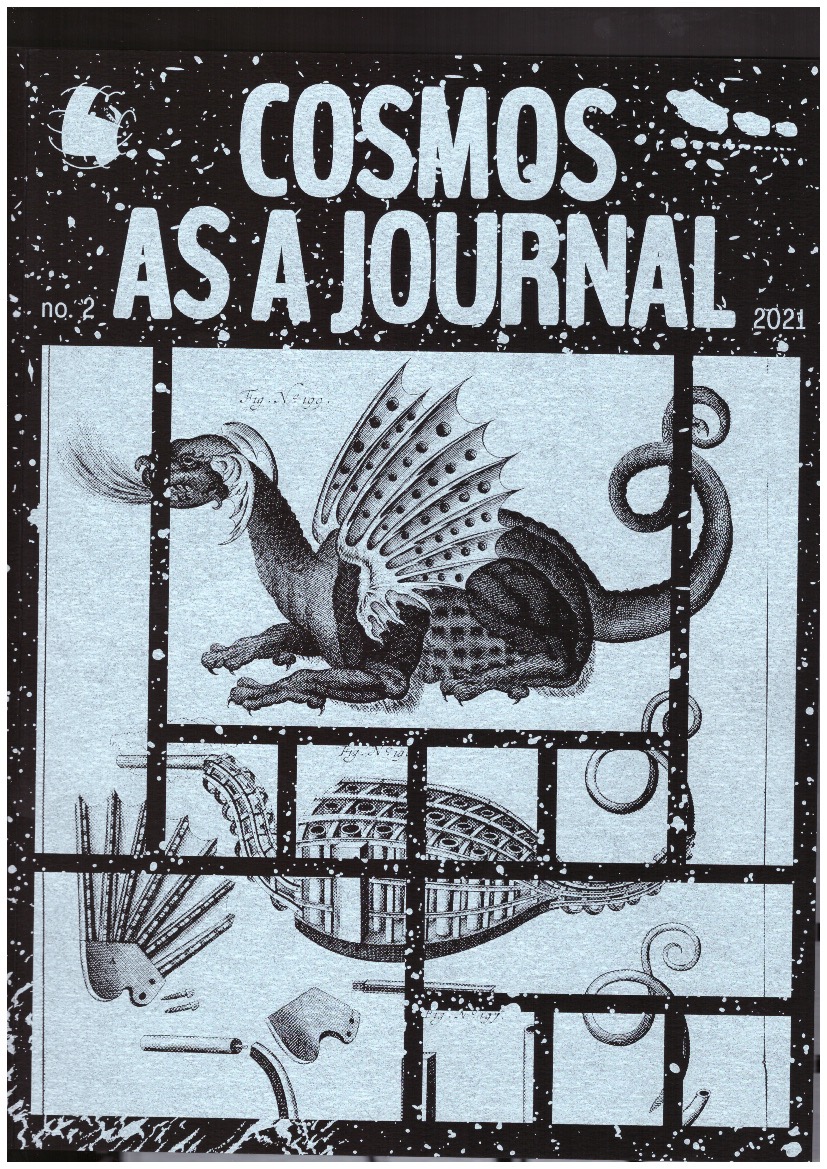 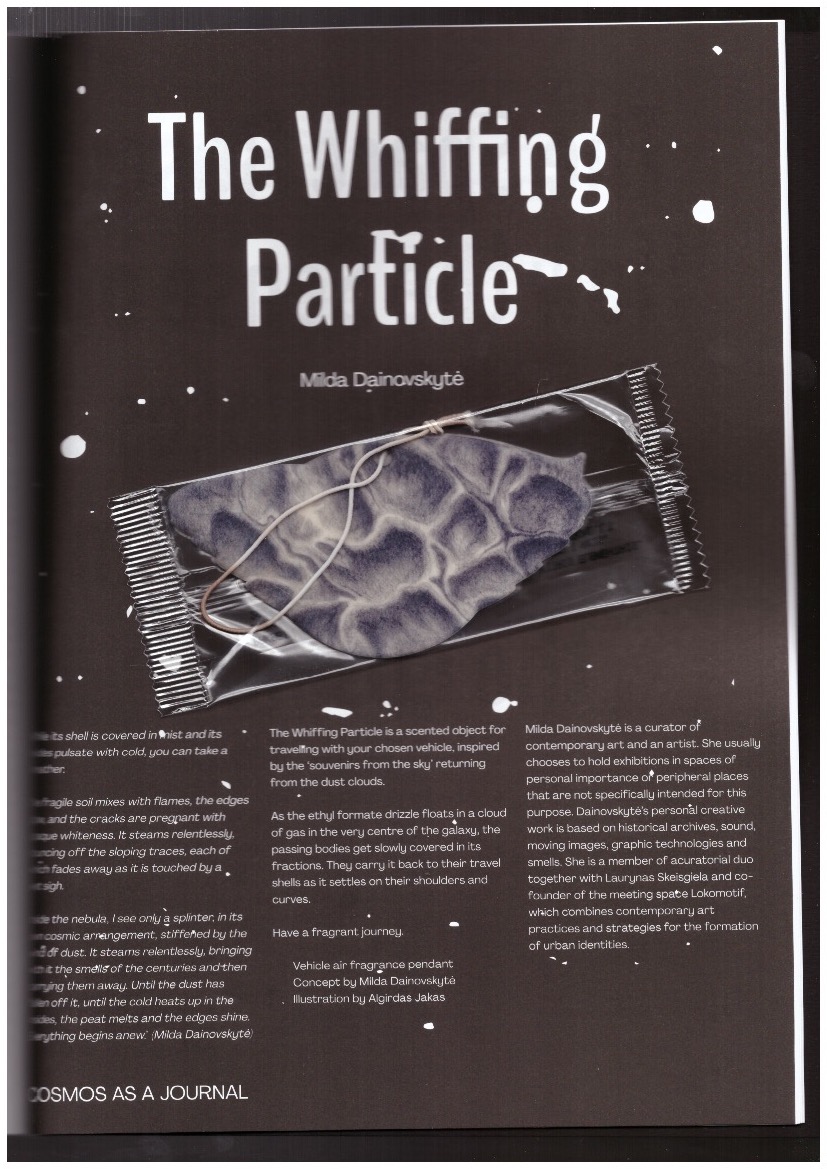 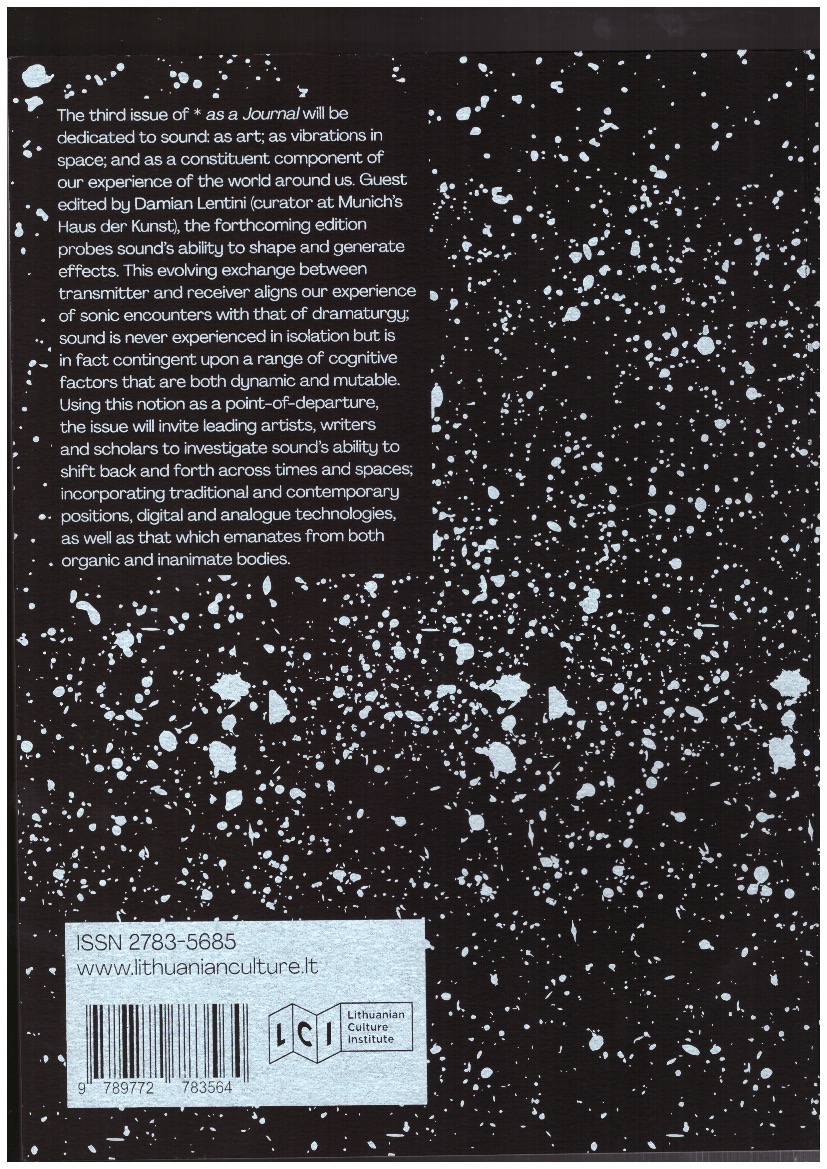