ODETE
The Elder Femme and Other Stone Writings

The first collection of poetry by multidisciplinary artist Odete. What starts as an essayistic archaeology searching for traces of transgender lives in mythical Antiquity soon branches off into myriad poetic and visual forms, from intimate free verses and scribbled notes to historical reports, earthy speculations, and magical enchantments. Weaving both English and her native Portuguese, there is a porosity and impermanence to Odete’s language. Equally evocative and testimonial, the book offers, in Odete’s own words, a “paranoid archaeology” that dilutes the borders between the personal and the collective. The Elder Femme works as portal, voicing those that came before and those still to come, as in its opening poem: “one day/ i’ll thank her/ my mother/ for teaching me/ how to glue/ shattered vases”.

Born in Porto in 1995, Odete works between the fields of music, visual arts, writing, performance, and theatre. Her writings have previously appeared in Trains Magazine, Tranfeminist Zine, and others. Her work in music includes the edited EPs and albums THE CONSEQUENCES OF A BLOOD LANGUAGE (Genome 6.66 Mbp, 2021); Water Bender (New Scenario, 2020); For those who are bored paranoid (Self-release, 2019). In 2020 she won the ReXform Award for performing arts, from which resulted the project On Revelations and Muddy Becomings on which her first book is based. [publishers’ note] 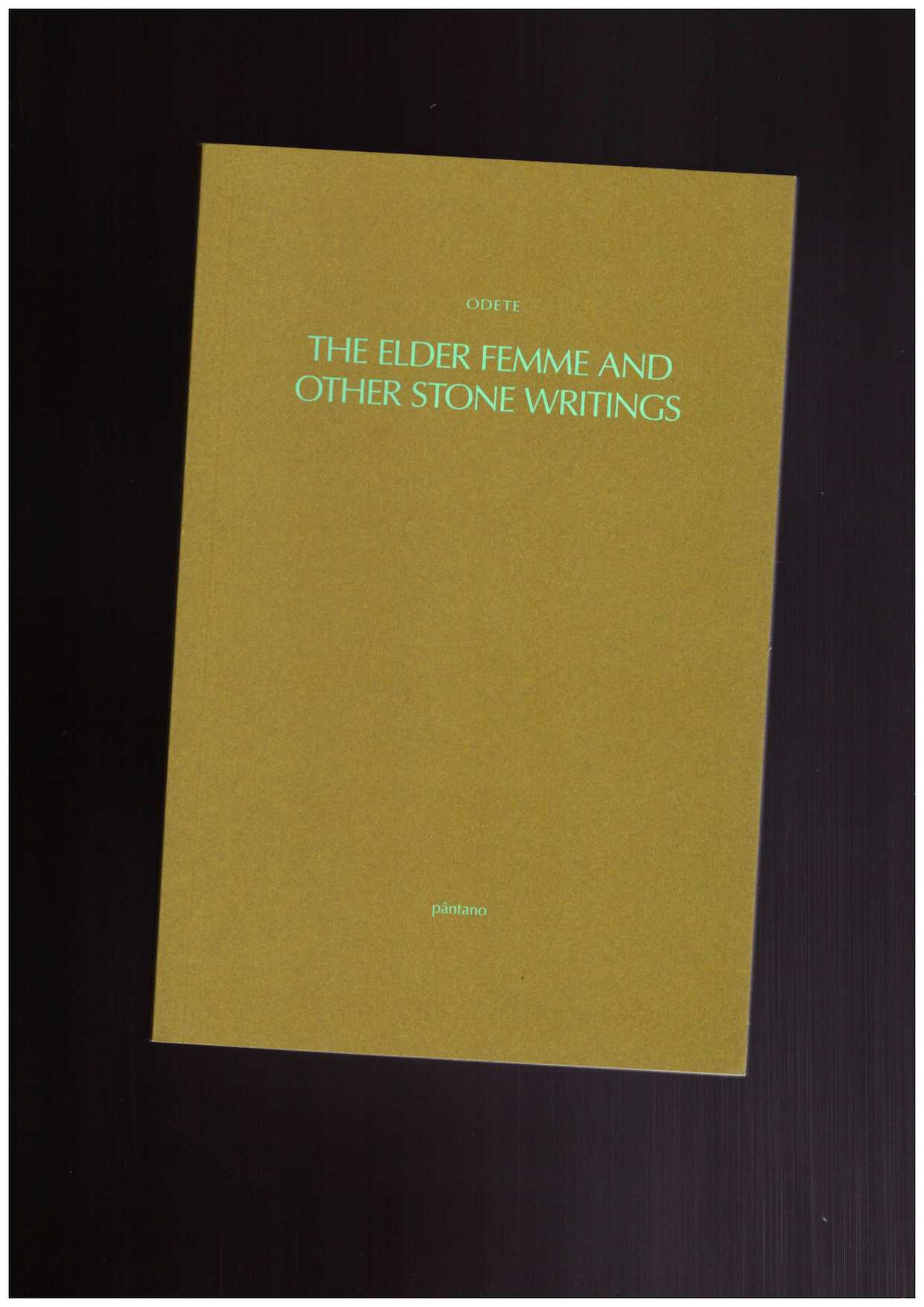