Interdisciplinary in design and concept, Speculation, Now illuminates unexpected convergences between images, concepts, and language. Artwork is interspersed among essays that approach speculation and progressive change from surprising perspectives. A radical cartographer asks whether "the speculative" can be represented on a map. An ethnographer investigates religious possession in Islam to contemplate states between the divine and the seemingly human. A financial technologist queries understandings of speculation in financial markets. A multimedia artist and activist considers the relation between social change and assumptions about the conditions to be changed, and an architect posits purposeful neglect as political strategy. The book includes an extensive glossary with more than twenty short entries in which scholars contemplate such speculation-related notions as insurance, hallucination, prophecy, the paradox of beginnings, and states of half-knowledge. The book's artful, nonlinear design mirrors and reinforces the notion of contingency that animates it. By embracing speculation substantively, stylistically, seriously, and playfully, Speculation, Now reveals its subversive and critical potential. 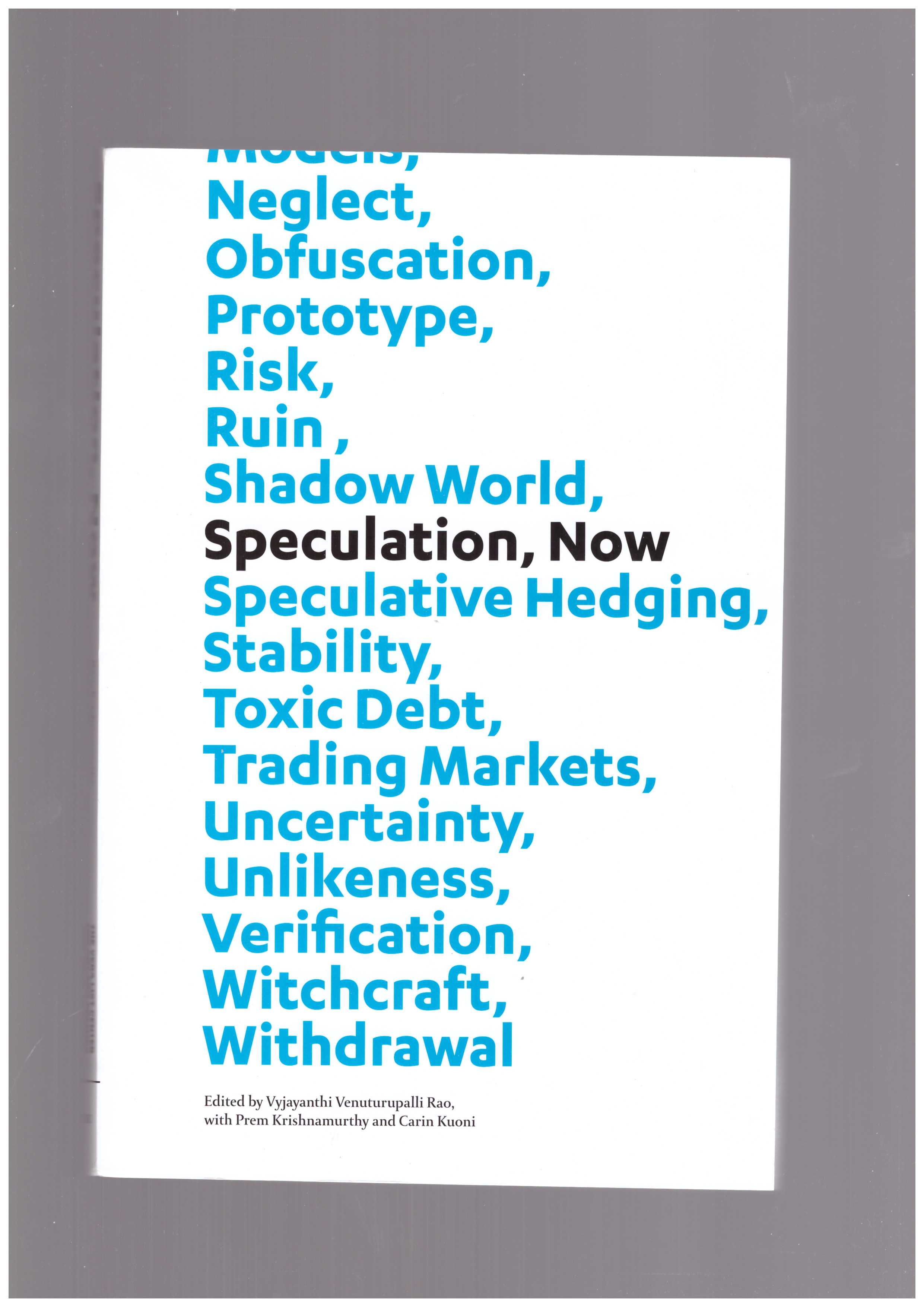