Propositions for Non-Fascist Living begins from the urgent need to model a world decidedly void of fascisms during a time when the rise of contemporary fascisms threatens the very foundations of a possibility for common life. Borrowing from Michel Foucault's notion of “non-fascist living” as an “art of living counter to all forms of fascism,” including that “in us all… the fascism that causes us to love power, to desire the very thing that dominates and exploits us,” the book addresses the practice of living rather than the mere object of life.

Artists, theorists, activists, and scholars offer texts and visual essays that engage varied perspectives on practicing life and articulate methods that support multiplicity and difference rather than vaunting power and hierarchy. Architectural theorist Eyal Weizman, for example, describes an “unlikely common” in gathering evidence against false narratives; art historian and critic Sven Lütticken develops a non-fascist proposition drawn from the intersection of art, technology, and law; philosopher Rosi Braidotti explores an ethics of affirmation and the practices of dying.

Propositions for Non-Fascist Living is the first in a BASICS series of readers from BAK, basis voor actuele kunst, Utrecht, engaging some of the most urgent problems of our time through theoretically informed and politically driven artistic research and practice. [publisher's note] 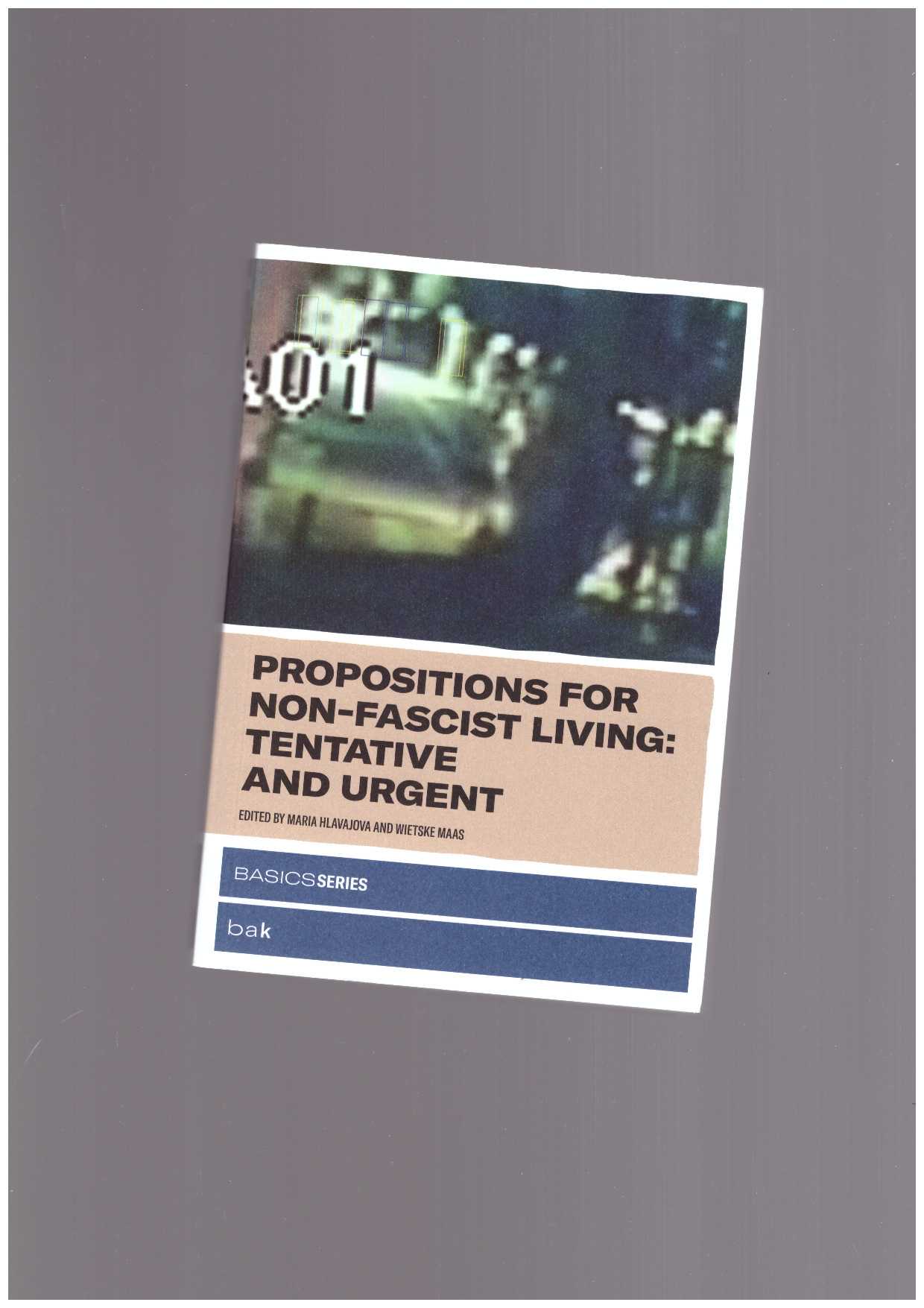