Library Relocations was a project that used the library as a starting point for new work. Four artists were selected from open submission to create new work as a result of original research within four libraries in the UK. Written by Ian Hunt, Library Relocations is both a documentation of the projects and a speculation on the ways in which art, reading, historical research, criticism and interpretation are enmeshed.

In a series of outspoken letters to Mel Jackson, the 'Brazen Oracle' story and the connection between economics, magic, 12th Century science and cinema are investigated. Pamela Golden's works are discussed in an essay on interpretation. In an exploration of the work of David Bunn the trading links and musical traffic between Los Angeles and Liverpool are examined. Finally, casting books aside, Pavel Büchler's work is explored by reporting on a day wandering around Manchester. [editor's note] 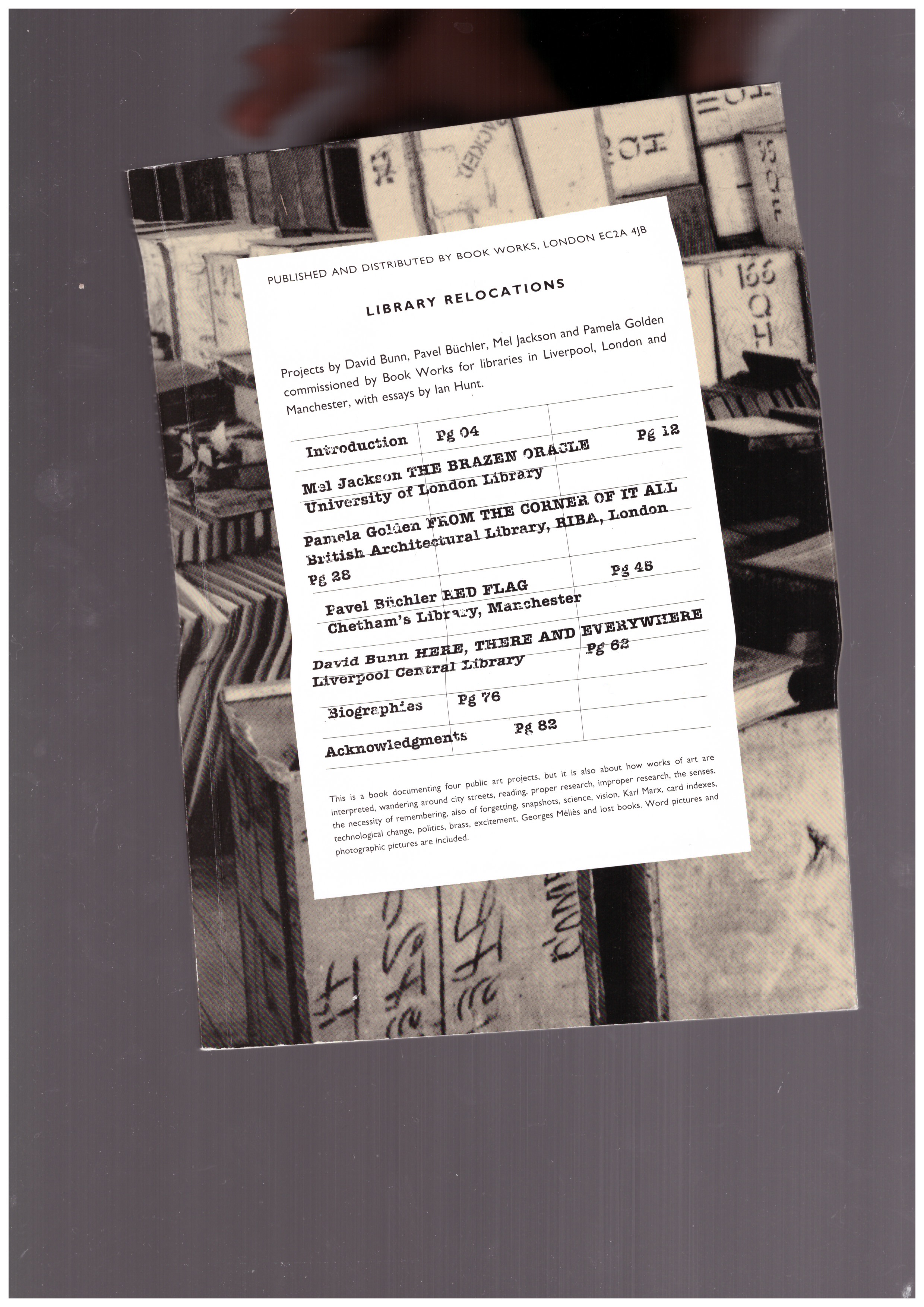