IVES, Lucy
The Saddest Thing Is That I Have Had to Use Words: A Madeline Gins Reader

A revelatory anthology of poems, experimental prose and previously unpublished work by Madeline Gins, the transdisciplinary writer-artist-thinker famed for her “Reversible Destiny” architecture

Poet, philosopher, speculative architect and transdisciplinary artist, Madeline Gins is well known for her collaborations with her husband, the artist Arakawa, on the experimental architectural project Reversible Destiny, in which they sought to arrest mortality by transforming the built environment. Yet, her own writings—in the form of poetry, essays, experimental prose and philosophical inquiries—represent her most visionary and transformative work. Like Gertrude Stein before her, Gins transfigures grammar and liberates words. Like her contemporaries in conceptual art, her writing is attuned to the energized, collaborative space between reader and page.

The Saddest Thing Is That I Have Had to Use Words: A Madeline Gins Reader is a revelatory anthology, edited and with an introduction by the writer and critic Lucy Ives. It brings never-before-published poems and essays together with a complete facsimile reproduction of Gins’ 1969 masterpiece, WORD RAIN (or A Discursive Introduction to the Intimate Philosophical Investigations of G,R,E,T,A, G,A,R,B,O, It Says), along with substantial excerpts from her two later books What the President Will Say and Do!! (1984) and Helen Keller or Arakawa (1994). Long out of print or unpublished, Gins’ poems and prose form a powerful corpus of experimental literature, one which is sure to upend existing narratives of American poetics at the close of the 20th century. 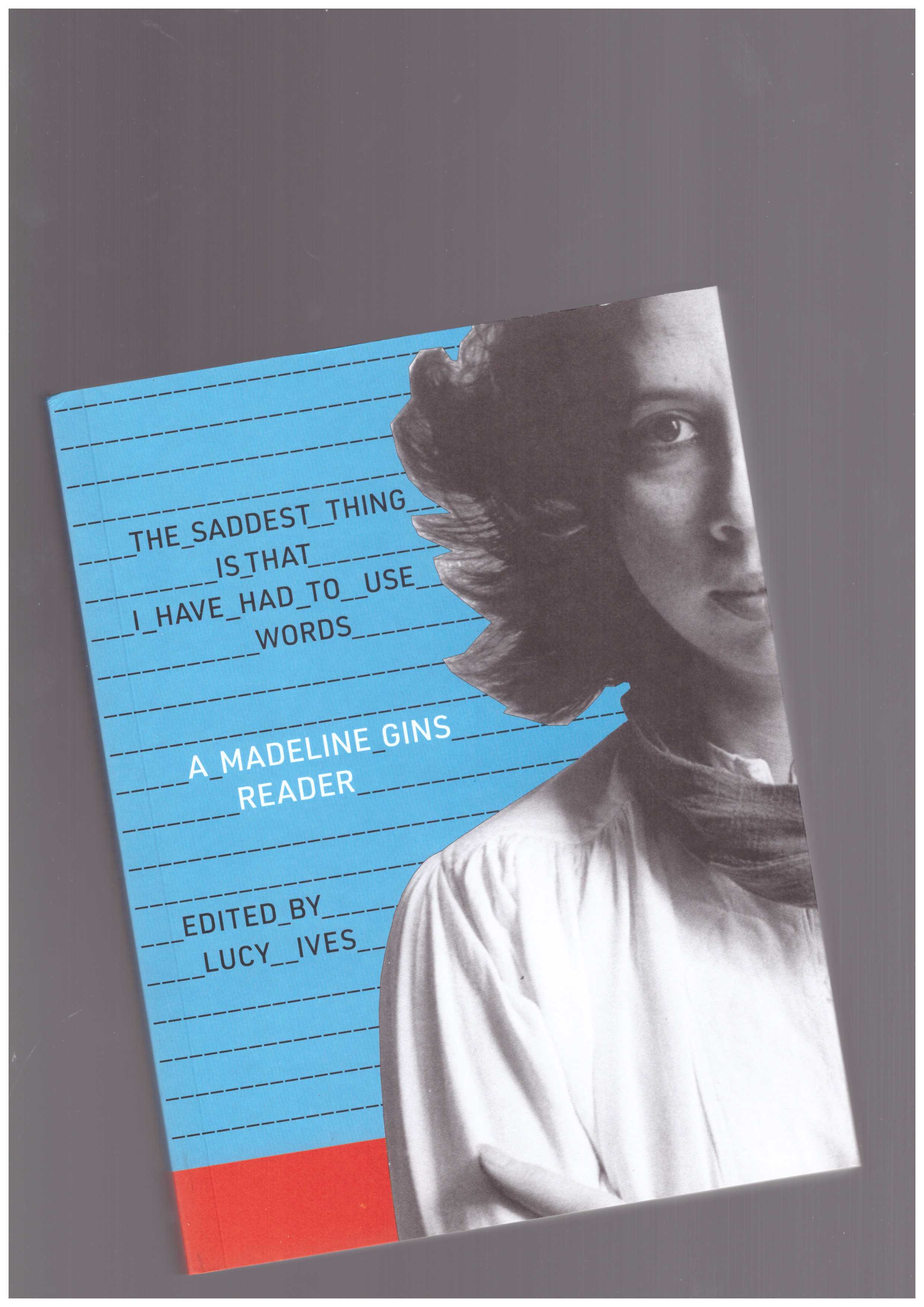