Released on 1982, The German Issue was originally conceived as a follow-up to Semiotext(e)’s Autonomia/Italy issue, published two years earlier. Although ideological terrorism was still a major issue in Germany, what ultimately emerged from these pages was an investigation of two outlaw cities, Berlin and New York, which embodied all the tensions and contradictions of the world at the time. The German Issue is the “Tale of Two Cities,” then, with each city separated from its own country by an invisible wall of suspicion or even hatred. It is also the complex evocation of the rebelling youth—squatters, punks, artists and radicals, theorists and ex-terrorists—who gathered all their energy and creativity in order to outlive a hostile environment.

Like a time capsule, The German Issue brings together all the major “issues” that were being debated on both sides of the Atlantic—which eventually found their abrupt resolution in 1989 with the fall of the Berlin Wall. It involved the most important voices of the period—from writers and filmmakers to anthropologists, activists and poets, terrorists and philosophers: Joseph Beuys, Michel Foucault, Christo, Christa Wolf, Walter Abish, Alexander Kluge, Paul Virilio, Ulrilke Meinhof, William Burroughs, Jean Baudrillard, Hans Magnus Enzenberger, Maurice Blanchot, Hans Jürgen Syberberg, Heidegger, André Gorz, Helke Sander. Opening with Christo’s “Wrapping Up of Germany” and the celebrated dialogue between East German dramaturge Heiner Müller and Sylvère Lotringer on the Wall (“Mauer”), since published in many languages, The German Issue offers a first-hand account of the Western world on the threshold of a major global mutation. It also embodies at its best Semiotext(e)’s tenacious effort to establish a creative bridge between art and intellect, culture and politics, Europe and America. 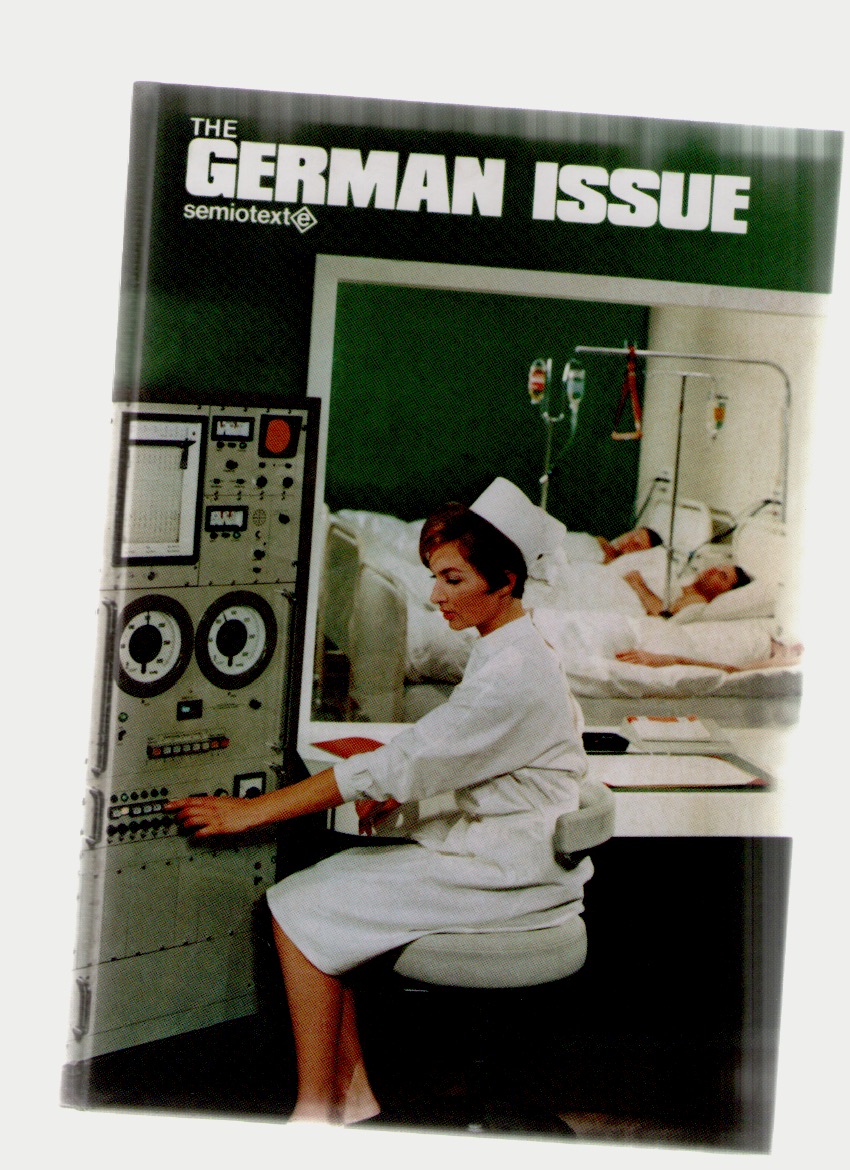