WARSH, Marie (ed.)
Excerpts from the 1971 Journal of Rosemary Mayer

Rosemary Mayer (1943–2014) began her career in the late 1960s, experimenting with conceptual art while a student at the School of Visual Arts and as a contributor to the journal 0 TO 9. In 1971, she began to focus on the use of fabric as a primary medium for sculpture, to more actively pursue opportunities to exhibit her work, and to participate in a feminist consciousness-raising group. This was a pivotal period in Mayer’s life and career, and she documented it in remarkable detail in her 1971 journal.

With deep self-awareness and honesty, Mayer reveals herself, at age 28, in the process of committing more fully to life as an artist. In her journal, she records her ambitions and insecurities about her work, as well as her opinions about the art around her. She also chronicles how being an artist was interwoven into all aspects of her daily life, from concerns about money, to hanging out with friends, to being in love. The result is a striking document of the entanglement of art and life and an intimate view into the New York art scene of the 1970s, which, for Mayer, included Vito Acconci, Donna Dennis, Bernadette Mayer, Adrian Piper, and Hannah Weiner, among many others.

Previously published in a limited edition, this expanded edition of Excerpts from the 1971 Journal of Rosemary Mayer includes images of Mayer’s life and work, a new introduction, additional entries, and a list of the books and films she mentions in the journal. 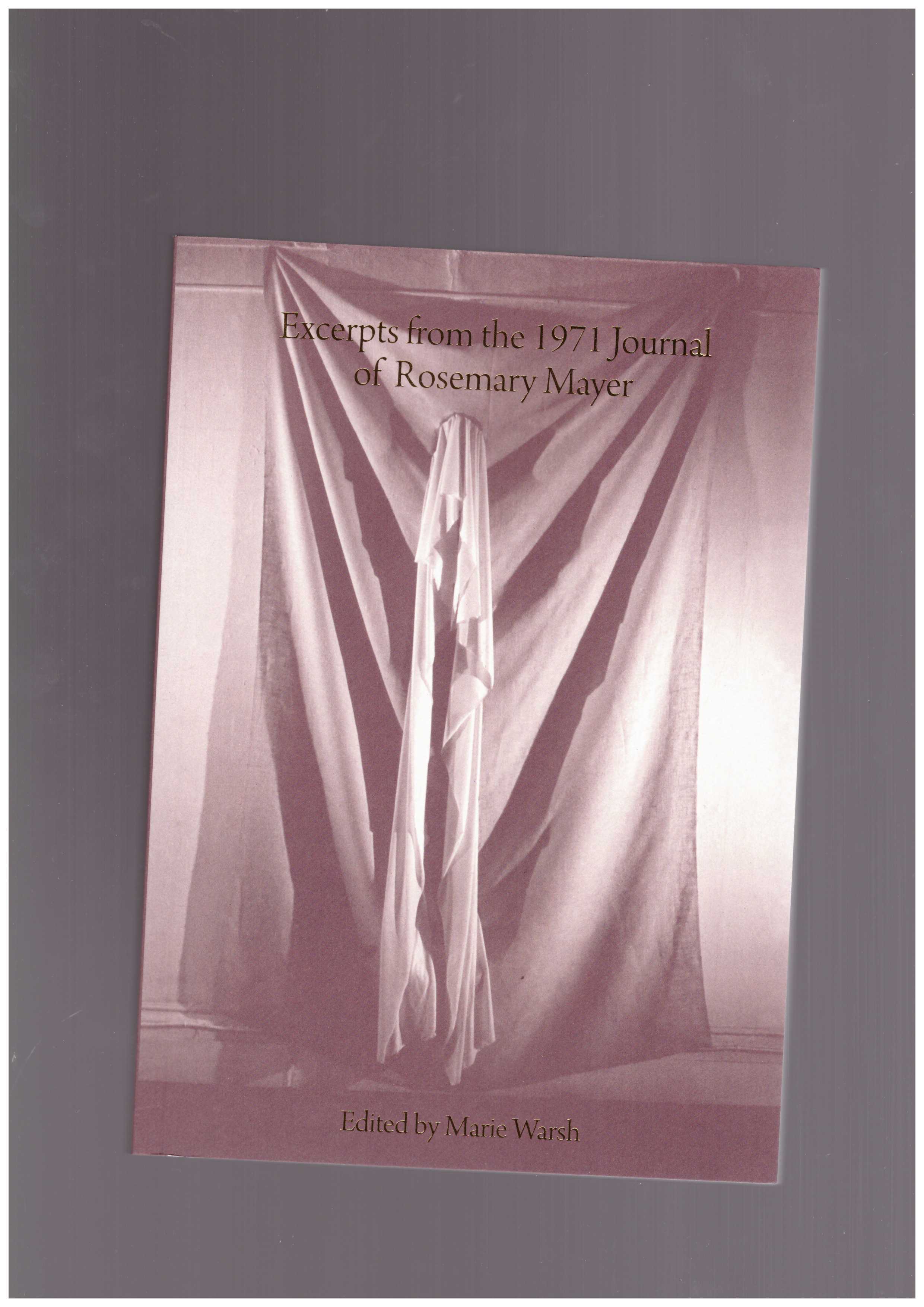