Putting myself down.
Keeping writing and maybe I won’t have to talk . . .

Originally self-released in 1976 through A.I.R. Gallery, New York, 5 Prose Fictions is a collection of five unpublished tapuscripts (“The Cries You Hear”; “New York Times IV”; “Headwaters”; “Into Among”; “First Fables of Hysteria”) by Lucy R. Lippard. This republication follows that of I See / You Mean, by New Documents as well, highlighting Lippard’s experimental fiction work. 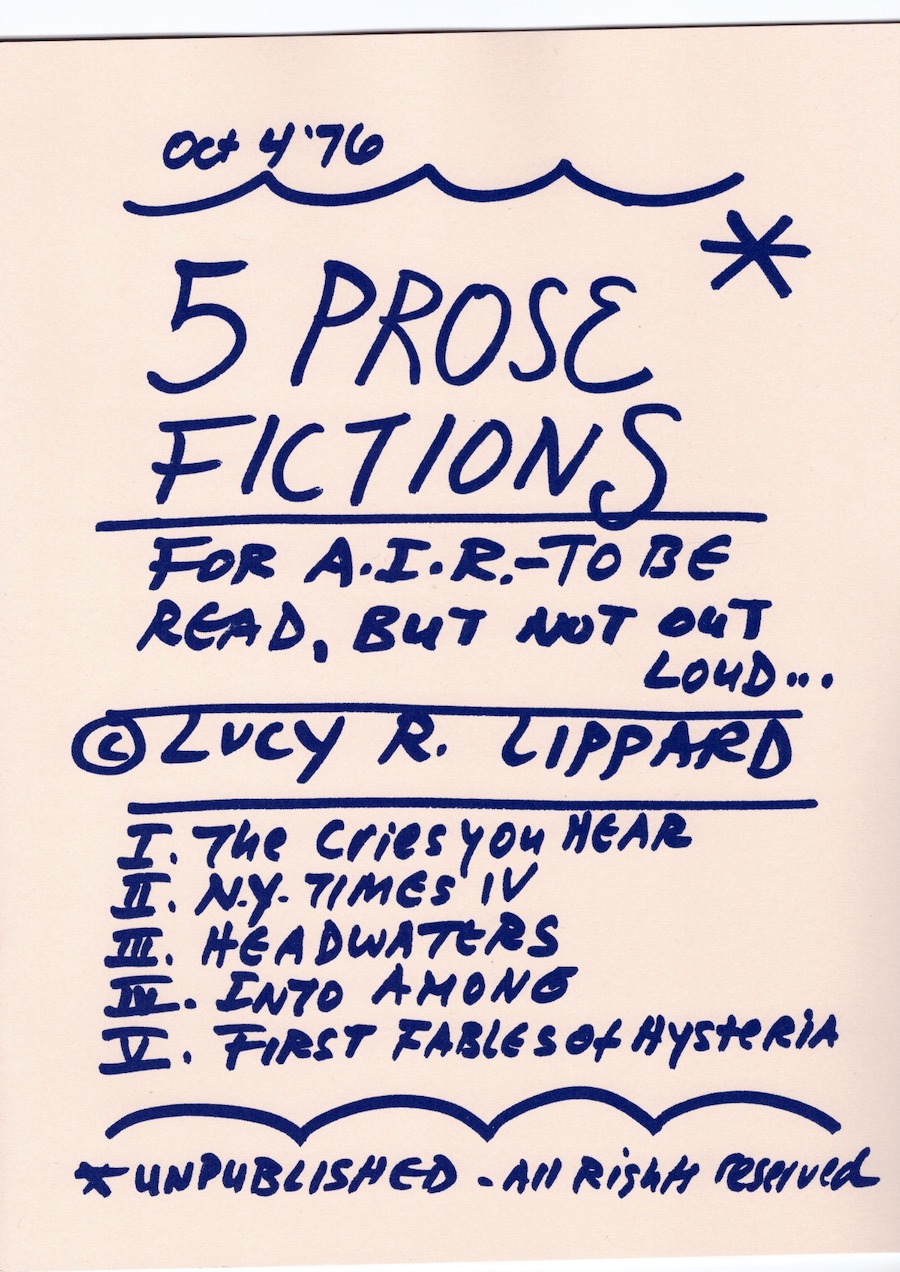