PESTER, Holly
The Yellow Papers 2. The Politics of Delivery (Against Poet-Voice)

On prosody, “poet-voice,” and the politics of delivery.

“Following a political impulse that I cannot shake, I want to oppose poet-voice. Not to smirk, but to suggest that poet-voice, that is, to lay a given mutual voice on top of the text, is a kind of opting out. It’s a self-absolving move. What’s being opted out of is the rough stuff of delivery and the ethical shrapnel in intonation. Such materials of poetic intonation are not, I will argue, irrelevant to the political questions of one’s speech in society and its disputed freedoms.
I have a fully felt and fraught relationship with delivery. I care about delivery compositionally; I enjoy the effects of composition working on and into my voice. Sometimes it feels as if my voice is the victim of some impossible contract with the text. The effort and timbres of delivery are therefore potentially very significant to a political poet. This sounded aspect of my work often gets short-handed as performance, but it’s not that. Performance art and performance poetry are distinct art forms with histories and styles, learned and studied by talented performers. Delivery is as banal or as eccentric as the material, but not necessarily correspondingly. It is part of the craft of poetry that isn’t unrelated to the intrinsic vocal identity of the poet (accent, etc.) yet has as much to do with tensions within the communities, heritages, and civics of poetry as with the individual." [publisher's note] 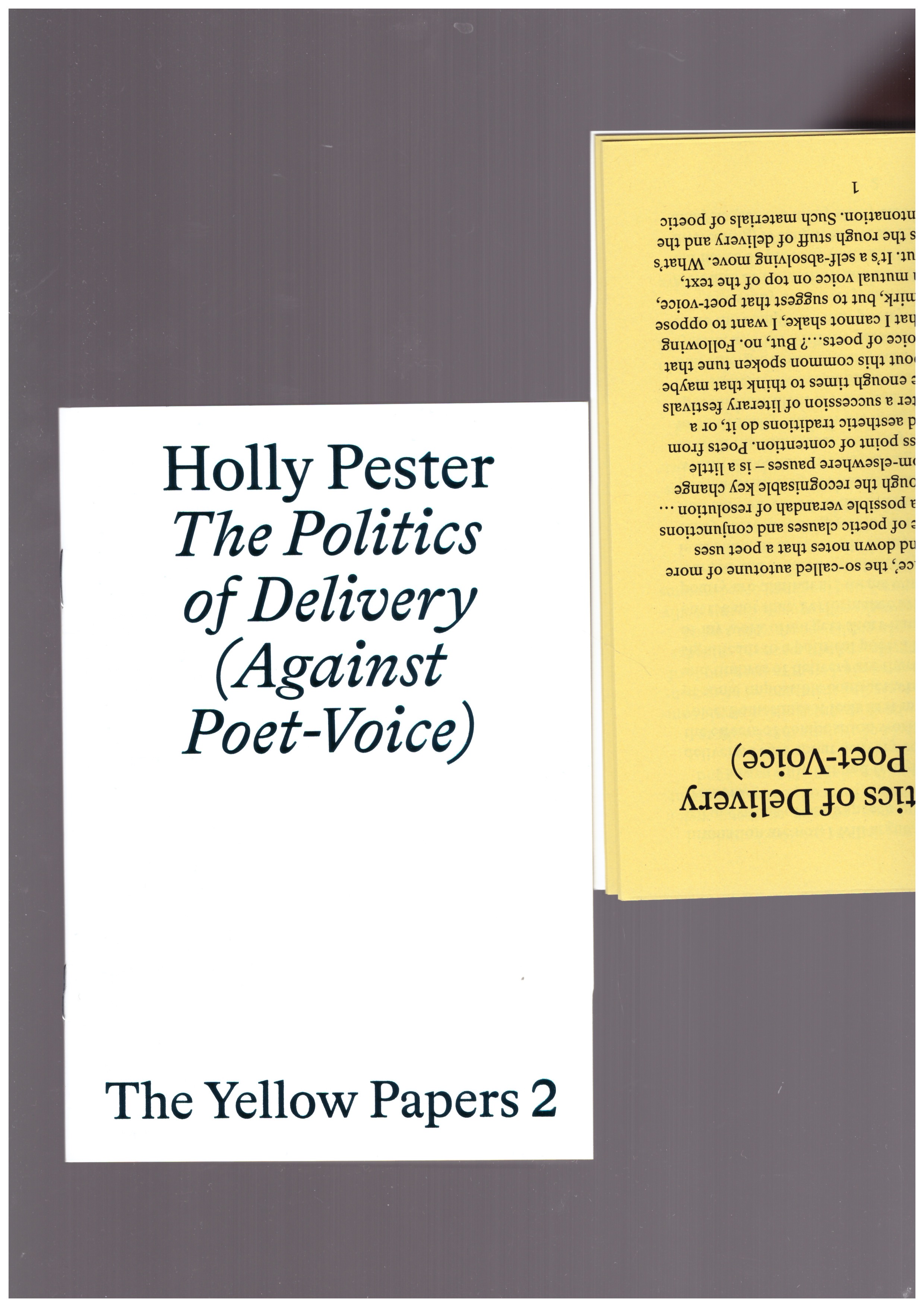