Rosemary Mayer (1943–2014) was a prolific artist, writer, and critic, who entered the New York art scene in the late 1960s. By the early 1970s, she became known both for her large-scale fabric sculptures—inspired by the lives of historical women—and her involvement in the feminist art movement. As the decade progressed, Mayer gravitated away from sculpture as a fixed form and the gallery as the primary setting for experiencing art. In 1977, she began to create ephemeral outdoor installations using materials such as balloons, snow, paper, and fabric. Mayer called these projects “temporary monuments,” and she intended for them to celebrate and memorialize individuals and communities through their connections to place, time, and nature.

Temporary Monuments: Work by Rosemary Mayer, 1977­–1982 is the first comprehensive presentation of this body of work and includes Mayer’s documentation of these impermanent artworks. Mayer created photographs, writings, artists’ books, and drawings that expand the realm of these projects and reflect her interest in exploring ideas through a variety of media. An introductory essay by Gillian Sneed situates Mayer within the New York art world of the 1970s and ‘80s and argues that Mayer’s public art anticipated more recent practices of site-specific and socially engaged art. [publisher's note] 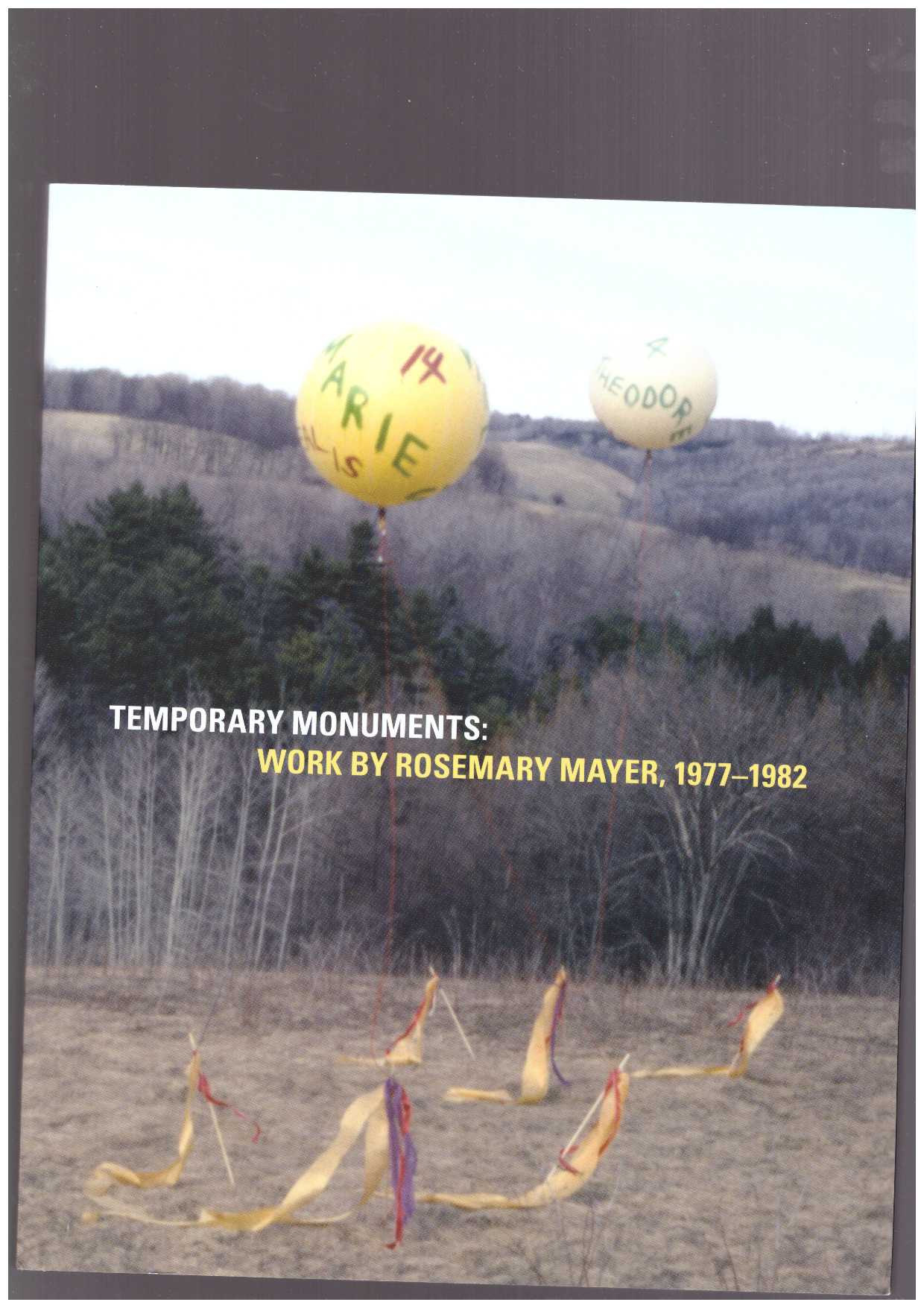