Originally published under the pseudonym Madeleine Vara in 1936 by Laura Riding’s and Robert Graves’s Seizen Press, Convalescent Conversations is one of Riding's least known works, and one of her most idiosyncratic. A novel unfolding almost entirely in dialogue form, Convalescent Conversations tells the story of Adam and Eleanor, two patients recovering from unknown maladies in a nondescript sanitarium. Through a series of increasingly esoteric philosophical conversations regarding topics such as God, love, and the meaning of illness, Adam and Eleanor come to tell the stories of who they are and what ails them. While not strictly an allegorical work, it is difficult to not see historical parallels between the suffering of the protagonists and the state of the world in the late 1930s. 1936 was also the year Riding and Robert Graves had to flee Mallorca, Spain following the outbreak of the Spanish Civil War. [publisher’s note] 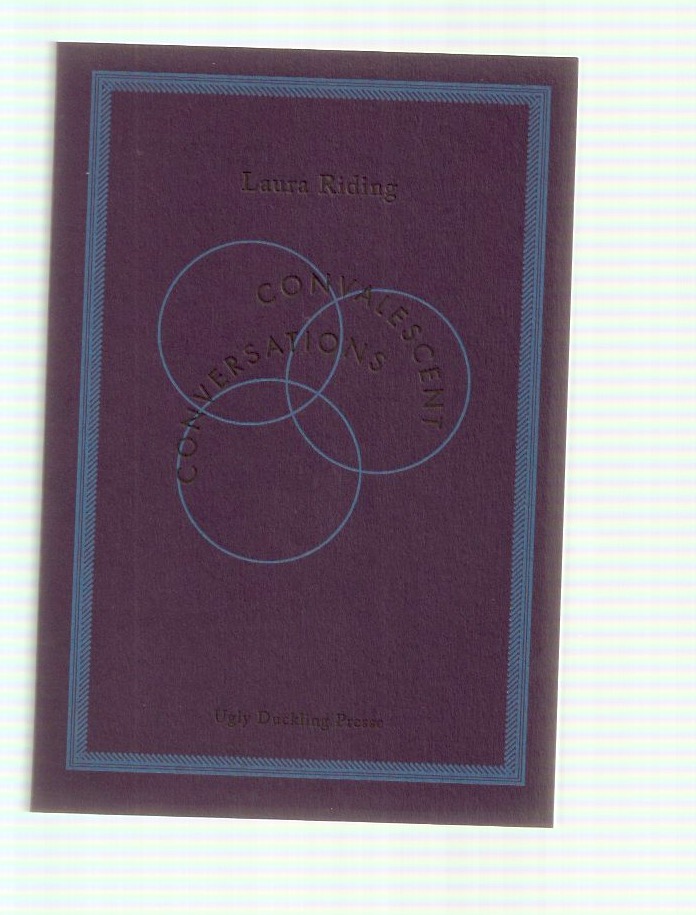