#ChristmasSpirit
“Evil [das Böse], as the opposite of “good” [des Guten]—pure immorality—is everywhere today, and somehow also nowhere. It is the “other” par excellence; something we ourselves never are, but by which one always measures one’s own distance. “Evil is over there, not here, not with me.” Given its ubiquity today, we offer texts that investigate what this thing we call “evil” is, as it so often functions as the polar opposite of that which people hold to be just and right. Indeed, who could argue that point, and yet. In this issue, we look specifically at evil’s manifestations in the art world, and in film, politics, and theory, always with an eye toward evil as something potentially playful and ironic. [from the preface]

This issue of TZK deals with evil from a philosophical point of view in an essay by Oliver Precht, and also with the reality of hatred crimes, in a text by Max Czollek on the recent shooting outside a synagogue in Halle; it turns to the question of evil in art through a roundtable with Amanda Schmitt, Loretta Fahrenholz, Madeline Hollander, and Monica Mirabile, about the horror film and the place of the female body, a discussion between Colin Lang and Stephen O’Malley (Sun O))), and last but not least, an energetic, engaged, polemical, analysis of evil as a trend in contemporary art by Kerstin Stakemeier and Ana Teixeira Pinto.

The issue also comprises reviews or essays about the work of Jack Whitten, Chantal Akerman, Diamond Stingily, Sarah Rapson, Leidy Churchman, amongst others. 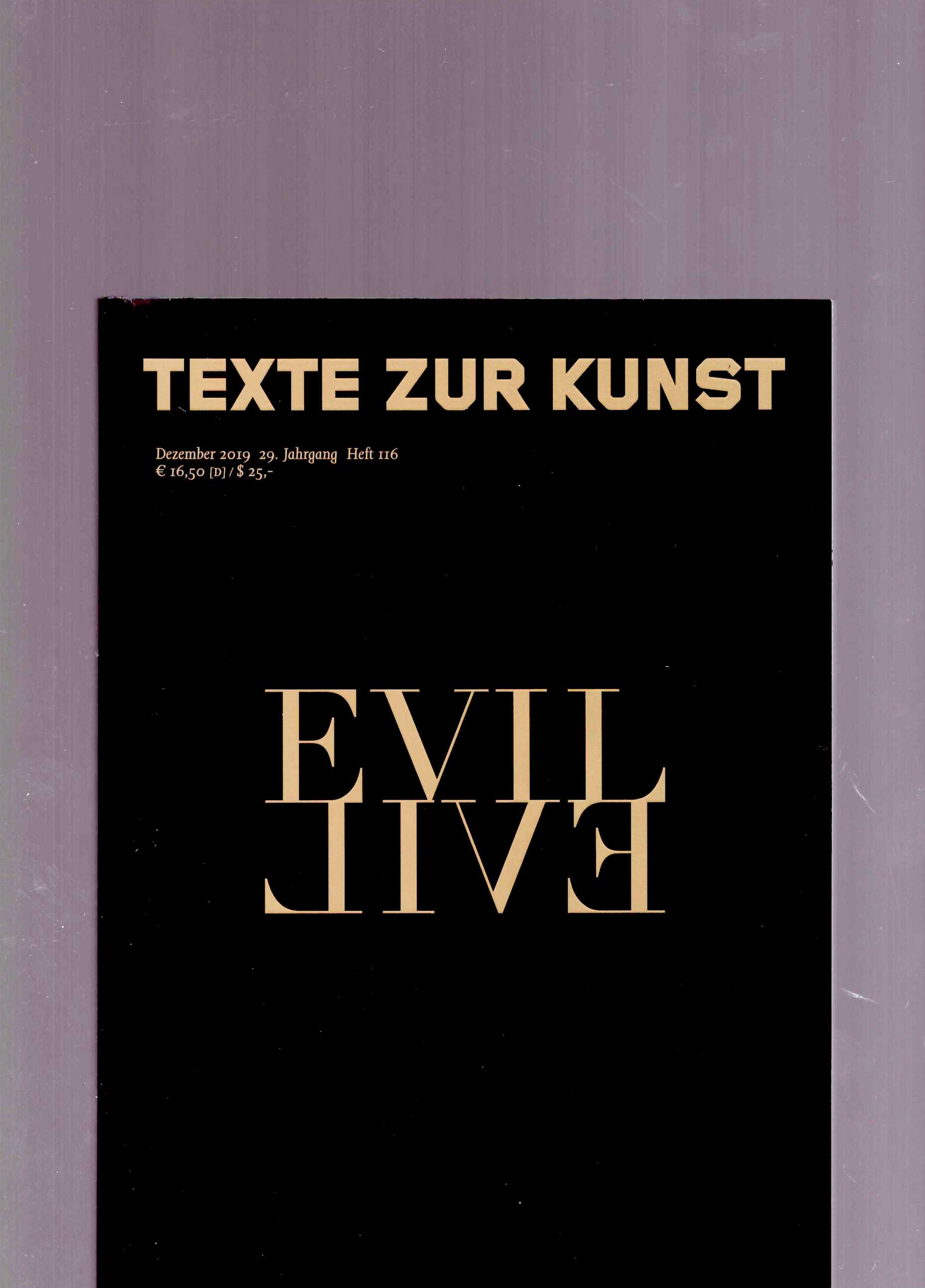