Once more, an astonishing issue of OEI – a thrilling, compelling, stimulating feast of ideas regarding publishing and the book: the perfect big companion to read and hug in bed while the virus spreads outside.

The potential and the versatility of publishing open it to a diversity of practices and approaches in the arts, but as an eminently social form of art, a collective or micro-collective work with shared responsibilities, it is also a never-ending process of “crafting a variegated approach to how you create, publish, distribute, and build a social ecosystem around your efforts”, of trying to “build up and strengthen the community around these printed forms” (Temporary Services).

It is the conviction of OEI #86–87 that print has the power to play an important part in the construction of social spaces, of a social world. As Benjamin Thorel puts it in one of the essays in the issue, “conceiving of the dynamics of publishing as making publics as well as making things public is not a pun – insofar as the artists/publishers encompass, beyond the book itself, its possible ‘lives’, imagining the different spaces, and the different people, amongst whom a publication will circulate.” This is what Michael Warner has called “a public [as] poetic worldmaking”, implying “that all discourse or performance addressed to a public must characterize the world in which it attempts to circulate, projecting for that world a concrete and livable shape, and attempting to realize that world through address.”

This is also, as stressed by Annette Gilbert and others, what can make publishing such an active force, a force co-constituting texts and publications and publics. Indeed, with Michalis Pichler, it is tempting to say that in publishing as practice – perhaps more than in any other art field – “artists have been able to assert the aesthetic value of their own socio-politically informed concerns and to engage, often under precarious conditions, in cultural activities fully aligned with their political values.” 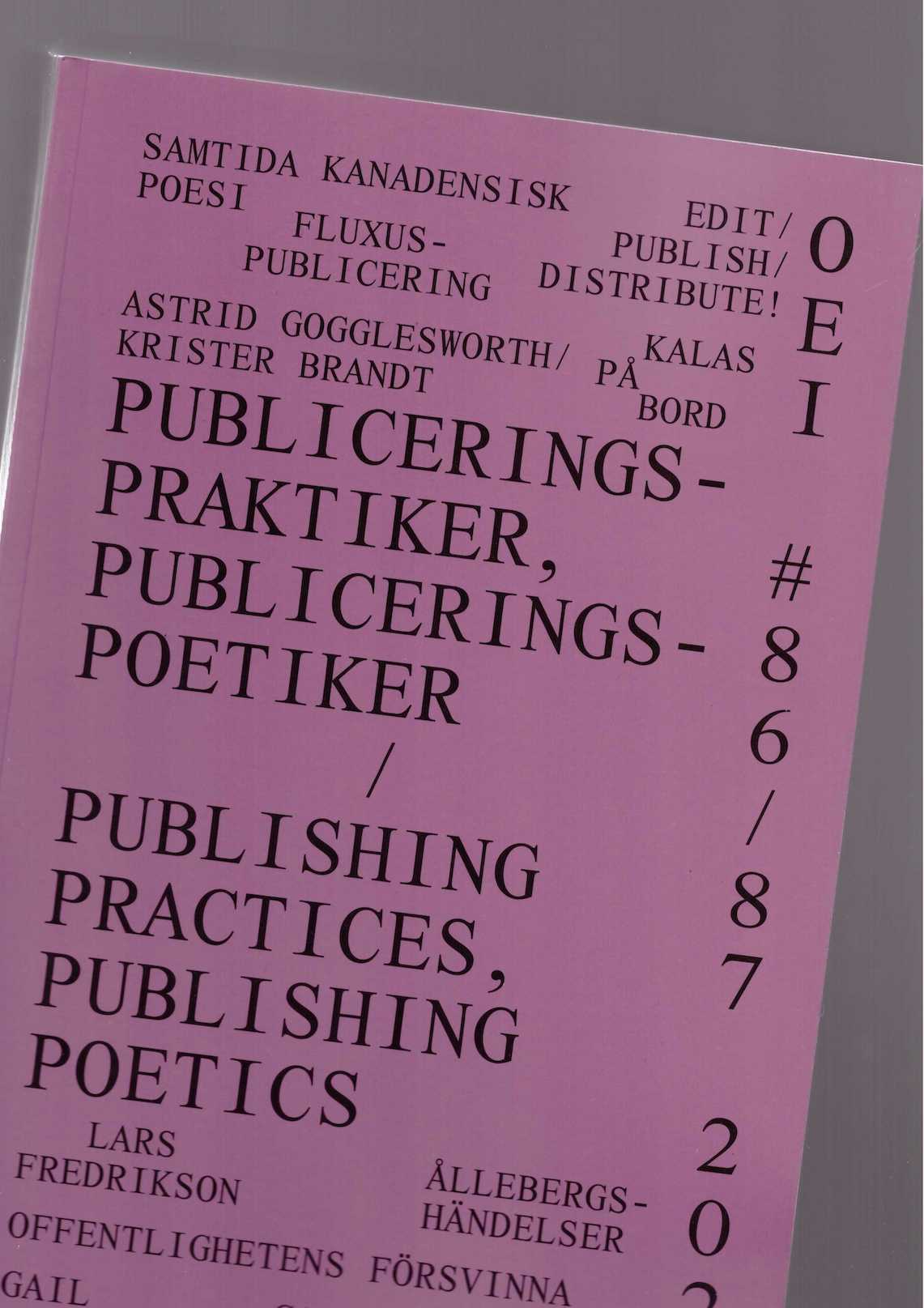